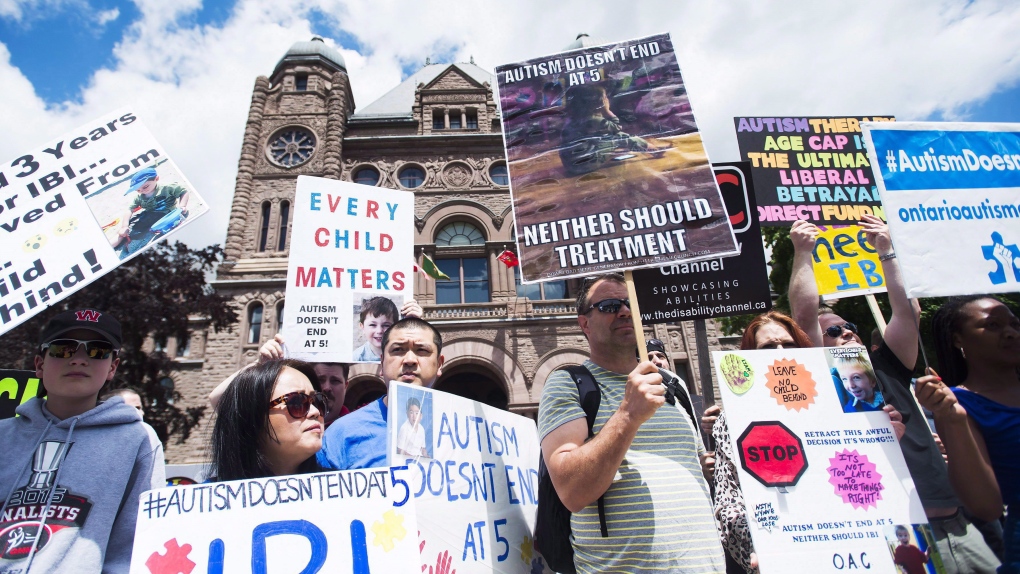 TORONTO -- The waitlist for autism services in the province grew to 27,600 children last year according to a new report from Ontario's fiscal watchdog, as opposition critics slammed Premier Doug Ford's government for failing to provide needed help to families.

Weltman's report examines three different options ahead of the government's planned 2021 program launch. Providing the estimated 42,000 autistic children in the province with service will cost more than double the $600 million currently budgeted, he said.

"You're still going to have a significant waiting list, but it's not as high as it was before," Weltman said of the $600 million in funding. "If you as an MPP think, 'Well, no, we really should clear the waitlist completely,' then our report says, 'OK, but that's going to cost about $1.35 billion in Year 1."

Therapy for some autistic children can cost as much as $95,000 a year. Last year, Ford's government changed the way it pays for treatment in a bid to eliminate waitlists. The measures reduced the average amount paid to families.

Weltman said even with the $600 million budgeted for the program -- which would provide an average child with $29,900 annually for therapy -- waitlists would fall by more than 4,000 but still leave about 23,000 children in limbo.

The report also found inflation and increasing need will drive the cost of the program up by $24 million a year, requiring Ontario to pay $96 million more by 2025-2026 to sustain service levels.

"We are determined to get this right and will continue to support children and youth during the transition to the new needs-based Ontario Autism Program," he said in a statement.

Liberal legislator Michael Coteau, who was social services minister when the previous Liberal government created a needs-based program, said the report shows the Ford government is leaving families behind.

"The government cut funding to parents, left them to fend for themselves, and never once took into account the capacity of the system and whether or not people would even be able to get service," he said.

"Over 27,600 children with autism in our province are not getting the needs-based services that they need and that they deserve," she said. "It is just tragic and it is absolutely horrific that this government has done such a bad job."

This report by The Canadian Press was first published on July 21, 2020.