One person dead after shooting in Toronto 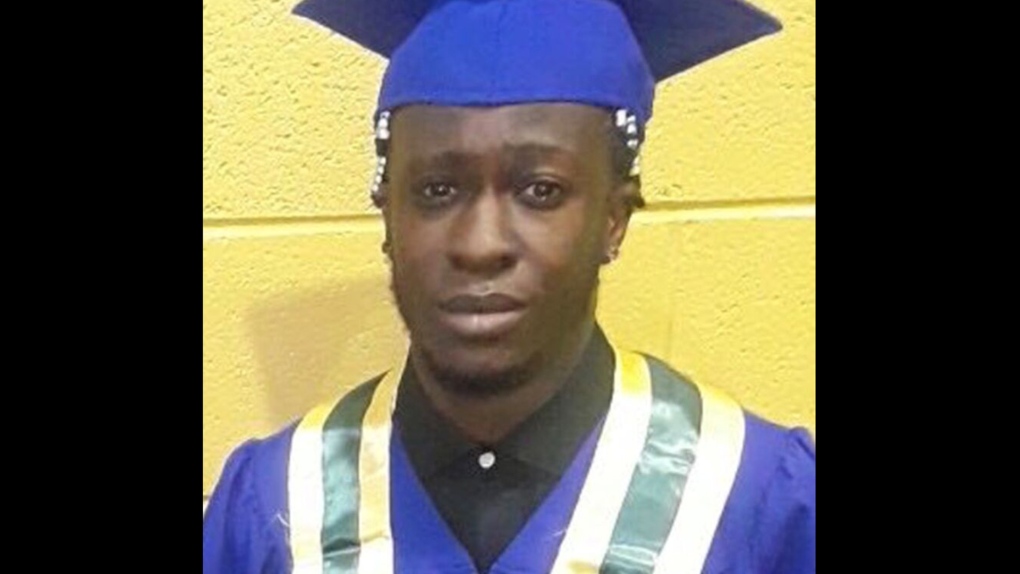 O'Neal Oppong Gyeabour, 21, is shown in a handout image from Toronto police.

TORONTO -- A 21-year-old man is dead and another suffered minor injuries after a shooting in Toronto Friday night.

Toronto police say that at 11:26 p.m. on Friday they were called to the corner of Danforth Road and Midland Avenue for reports that a vehicle struck a light pole.

They arrived to find two people injured in the vehicle, at least one of them with gunshot wounds.

Police said officers performed CPR on one of the victims while paramedics sped to the scene.

One person was taken to hospital with minor injuries while another was rushed to hospital in critical condition.

The critically injured person later succumbed to their injuries.

Investigators said one or more suspects fled the shooting scene in a vehicle.

Anyone with information is asked to call the homicide squad.