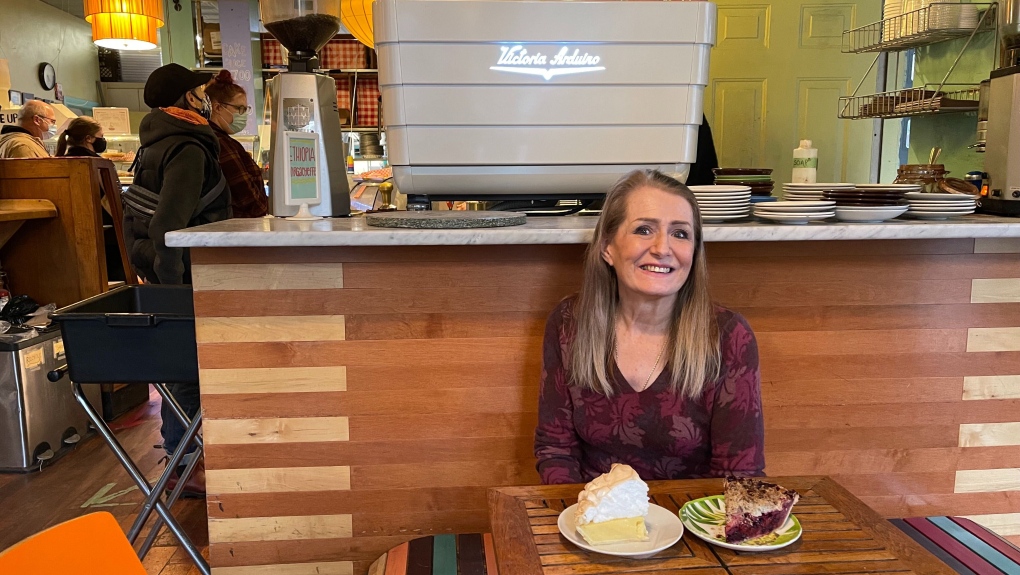 TORONTO -- As Wanda Beaver boarded the subway before class in the mid-1980s, she gripped a carrying case with three slats — each filled with a pie destined for a restaurant in downtown Toronto.

At the time, Beaver was baking pies as a side hustle while studying graphic design at OCAD University. But what started off as a temporary operation evolved into Wanda’s Pie in the Sky — a more than three-decade pursuit and Kensington Market staple. 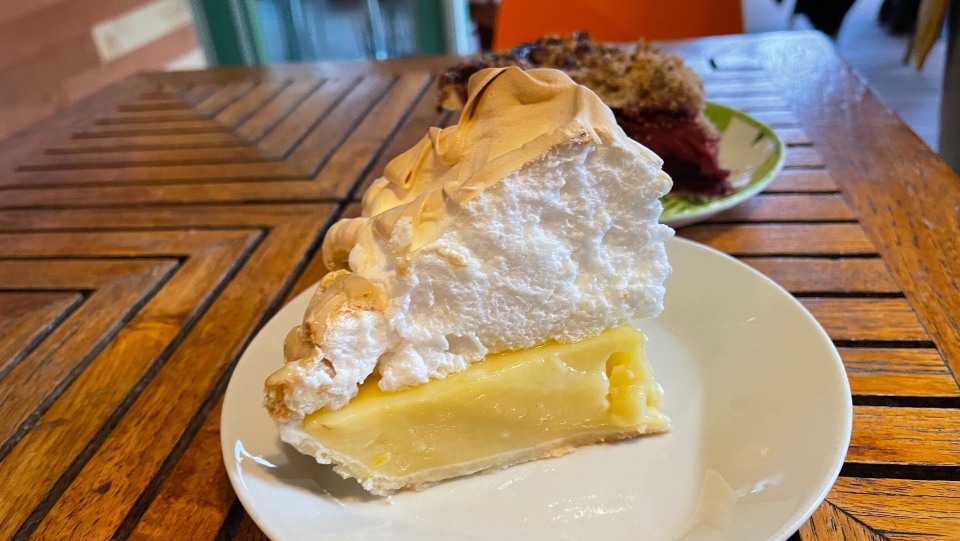 Before Beaver became a nomad delivering pies on the TTC, she picked cherries, apples, pears, peaches, raspberries and rhubarb from her backyard in St. Catharines, Ont.

In the late 80s, Beaver’s wholesale bakery, which she was running out of a stone oven that could only fit six pies at a time, graduated to an industrial space in the Junction, which later moved to Etobicoke and Yorkville

Finally in 2007, Wanda’s found its “forever home,” as Beaver put it, after signing her second 10-year lease at the corner of Augusta Avenue and Oxford Street, right in the nook of the neighbourhood.

“Kensington to me is the heart of the city,” she said. 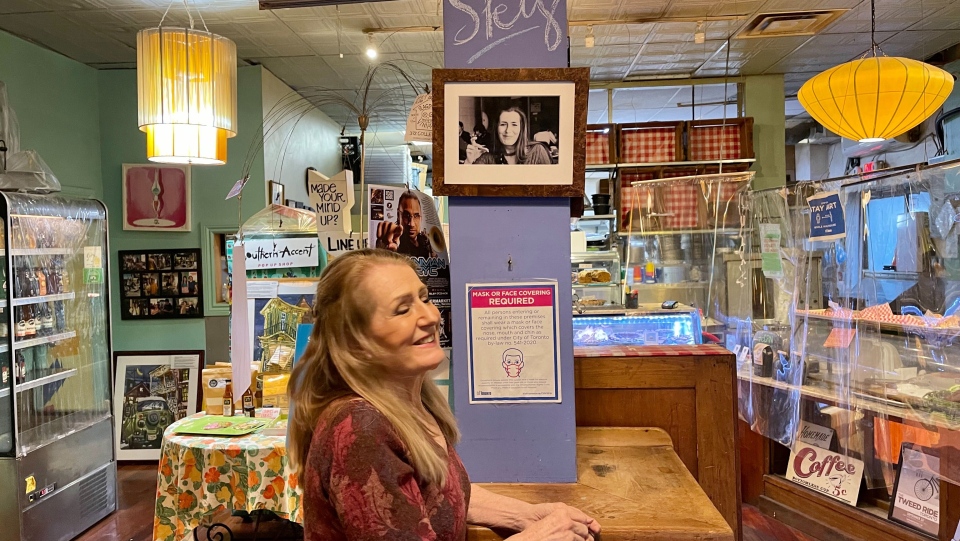 By the time Wanda’s settled into Kensington, the business had leaped from a wholesale operation into a customer-facing cafe selling slices of pie, seasonal soups, quiches, pierogis and grilled cheese.

But still, the beating heart of the business remained sour cherry, strawberry-rhubarb, coconut cream, pecan and key lime pies — a sweet retreat for Torontonians, specifically over the last nearly two-years. 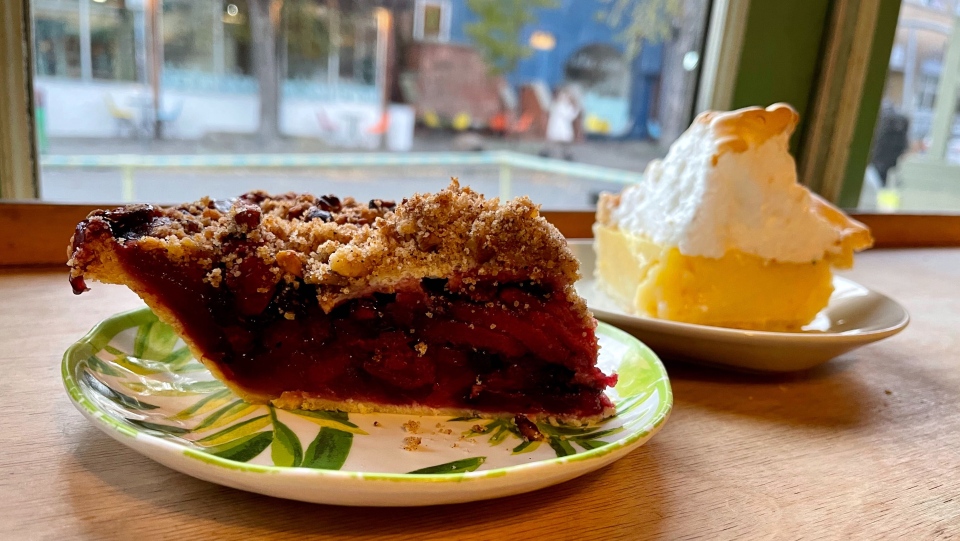 “The pie is a comfort food,” Beaver said. “If anything, people have needed more of that.”

This past Thanksgiving, Wanda’s sold 2,500 pies — primarily apple and pumpkin — and already, the team is mentally preparing for the holiday rush come December. 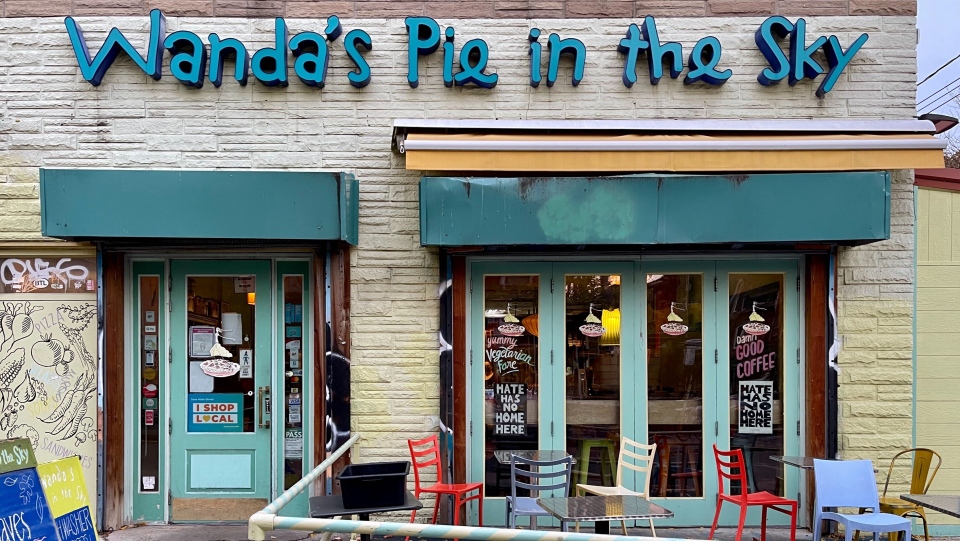 “We want the experience of coming in here to be like a warm blanket,” Beaver said. While she never professionally pursued graphic design, the cafe’s atmosphere — aqua painted walls, yellow lamp shades dangling from the ceiling and multi-coloured high top stools — truly captures that vision.

“If a [customer] has any stress coming in with them, we want to disarm them with the atmosphere that we have here.”