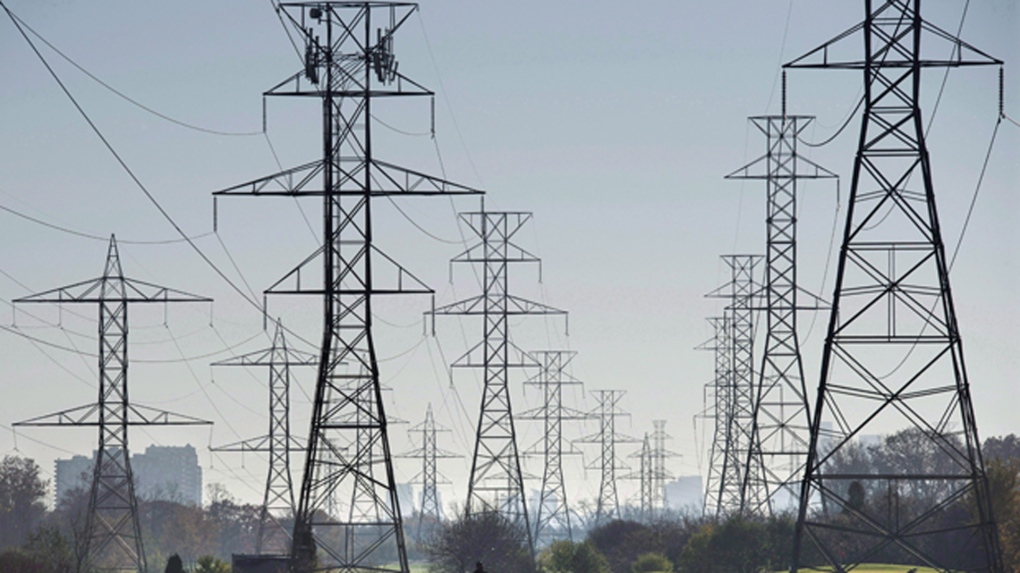 Hydro towers are seen over a golf course in Toronto on Wednesday, November 4, 2015. THE CANADIAN PRESS/Darren Calabrese

TORONTO -- Ontario residents will enjoy around-the-clock off-peak electricity rates for another two weeks as the majority of the province remains under a stay-at-home order.

On Jan. 1, the government moved all customers into the lowest winter hydro rate in response to a province-wide lockdown order that forced businesses and restaurants to close. The rates were extended as the government further issued a stay-at-home order across Ontario, which encouraged everyone to work from their place of residence if possible and to only leave for essential reasons.

This meant that all Ontario households would be charged the off-peak rate of 8.5 cents per kilowatt-hour instead of the changing time-of-use rates or fixed tiered rate.

In a news release issued Wednesday morning, the Progressive Conservative government said they would be extending this measure until Feb. 22.

"We know staying at home means using more electricity during the day when electricity prices are higher, that's why we are once again extending the off-peak electricity rate to provide households, small businesses and farms with stable and predictable electricity bills when they need it most," Energy Minister Greg Rickford said in a statement.

The extension matches the date in which the government hopes to expire the stay-at-home order and move the entire province back into their tiered framework, a guideline that governs what public health restrictions will go into effect in each region.

Three regions moved into the least restrictive green tier on Wednesday. The majority of the province is expected to make the transition on Feb. 15 while Toronto, Peel Region and York Region—three of Ontario’s biggest COVID-19 hot spots—are expected to move on Feb. 22.