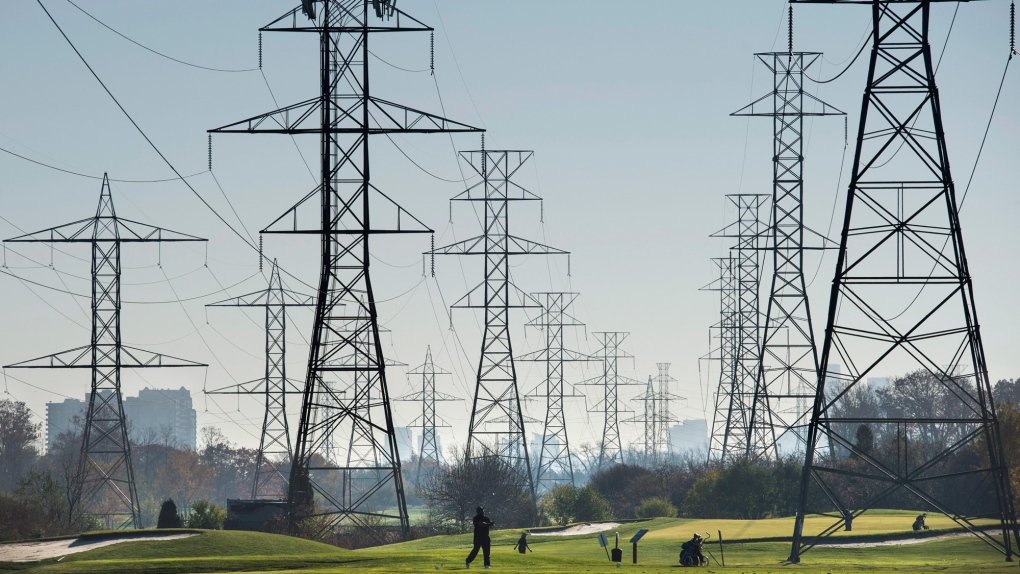 Hydro towers are seen over a golf course in Toronto on Wednesday, Nov. 4, 2015. (The Canadian Press/Darren Calabrese)

TORONTO -- The Ontario Energy board says customers across the province will see increases in their natural gas bills as the Liberal government's cap-and-trade plan comes into effect next month.

The OEB says the typical Enbridge residential customer will see a monthly increase of about $6.40.

For Union Gas customers, the OEB says they can expect to pay between $4.65 and $13.54 more a month depending on which zone they live in.

The OEB says a typical NRG customer will see a $6.98 increase on their monthly gas bill.

Under cap-and-trade, Enbridge, Union Gas and NRG are required to manage their own business operations and buy allowances to cover the emissions that their customers -- including Ontario households and small businesses -- produce.

The OEB says that despite these increases customers will still be paying "significantly less" than they were in peak periods in 2009 and 2014 due to factors such as high market prices and unusually cold weather.