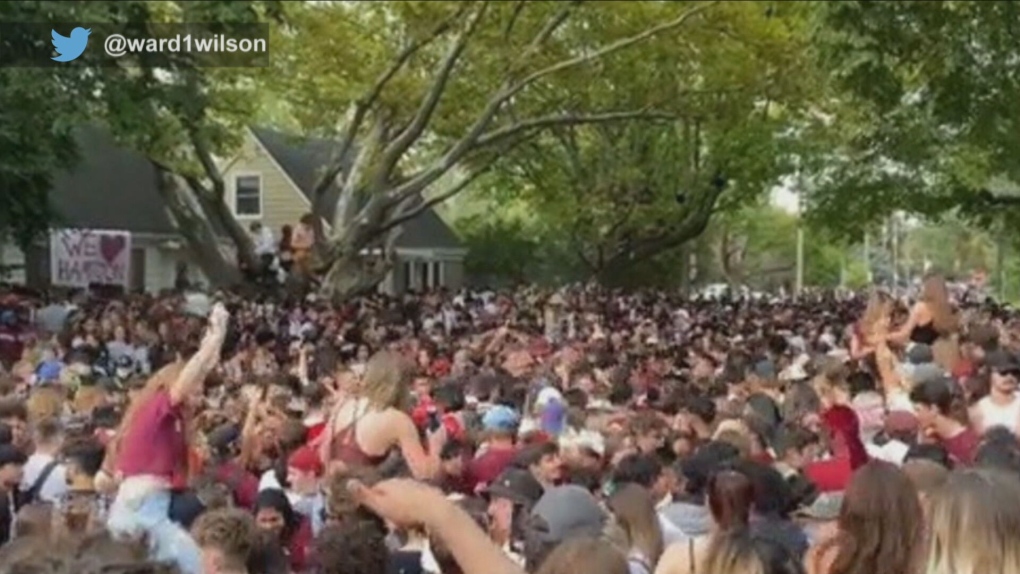 Nine people were arrested and dozens more tickets and notices were issued after thousands of people gathered in Hamilton as part of an “unsanctioned” event over the weekend.

According to police, about 6,000 people gathered in the Westdale and Ainslie Woods neighbourhoods near McMaster University at the event’s peak.

A warning was issued a few days before the event, with police saying that residents can expect to see “a significant police presence on [Oct. 1] to address an unsanctioned street gathering planned to celebrate homecoming.”

Police said that in total, officials received about 60 calls for service related to the unsanctioned gathering. Nine arrests were made and a total of 16 by-law charges and provincial offence notices were issued.

It is not clear if the people arrested have been charged.

Hamilton police Superintendent Dave Hennick said in a statement the pre-emptive planning and collaborative efforts between the city, McMaster University, and first responders “enabled us to address the negative impacts of unsanctioned street gatherings.”

“Community safety and wellbeing is a shared responsibility and this weekend’s events were a good example of what happens when we work together.”

With files from Abby O’Brien