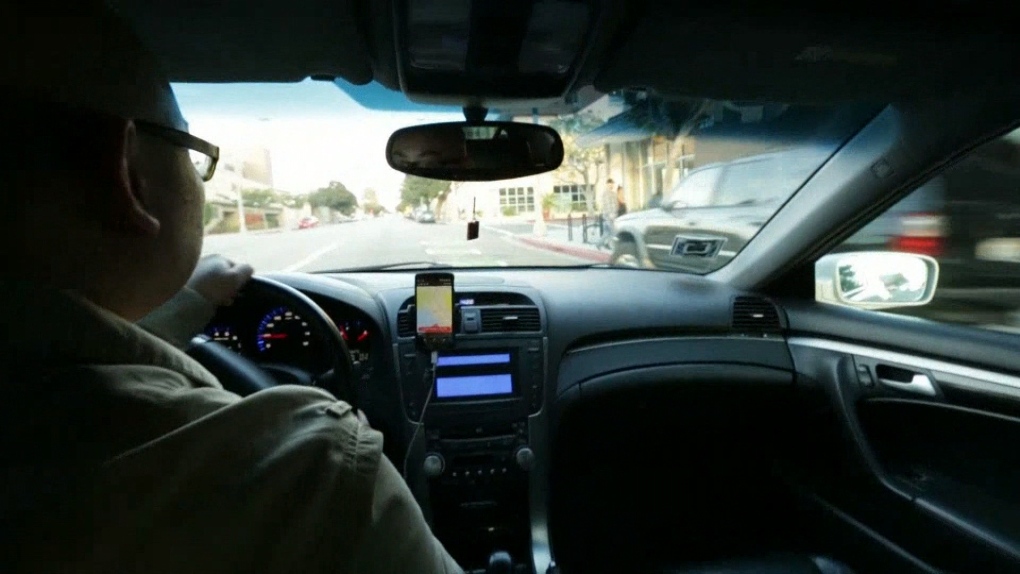 TORONTO -- Uber drivers in Canada trying to work for more than 12 hours straight will soon be forced to take a six-hour break before they can hit the road again.

The new policy being rolled out at the beginning of next week will be enforced through the company's ride-hailing app, which will block drivers from accepting customers after a half a day of consecutive work.

Uber Canada's general manager Rob Khazzam said the introduction of the feature follows similar moves made by the company in other countries, as part of an effort to curb driver drowsiness and make the platform safer.

According to research conducted by the Ontario Ministry of Transportation, 26 per cent of all fatal and injury crashes are attributed to driver fatigue, and in 2006, as many as 167,000 Ontario drivers were involved in at least one crash due to fatigue or drowsiness.

Similarly, an Insurance Corporation of British Columbia survey from 2014 found 30 per cent of respondents admitting to nodding off behind the wheel.

"If you're a rider, you don't want to get into a car with a driver who has been driving more then 12 hours," he said. "But positively on the drivers' side, we continue to give them flexibility."

The feature does constitute a notable shift for Uber, which has long touted a hands-off approach with its employees, leaving work hours and locations up to the drivers to choose.

But Khazzam said most Uber drivers won't even encounter a block on accepting rides because the "vast majority" are behind the wheel for fewer than 15 hours a week.

The forthcoming feature will allow drivers to check how much time they have before a mandatory break and will notify them when they have two hours, one hour and 30 minutes before they'll have to rest.

The app will not count periods when a driver is parked for more than one minute between trips -- and doesn't account for drivers who may also be working for a competitor like Lyft.

Uber first experimented with stopping drivers from accepting fares after multiple consecutive hours in a handful of U.S. cities and Australia last fall. In January, it brought the feature to the U.K. and launched it nationally in the U.S. earlier this month.

It comes on top of a separate 2017 initiative from the company that gave drivers access to data about their speeding and braking habits, in hopes of boosting safety.

Though he couldn't talk about any further safety features or policy changes that might be in the works, Khazzam said that "people should expect more from us on this front."