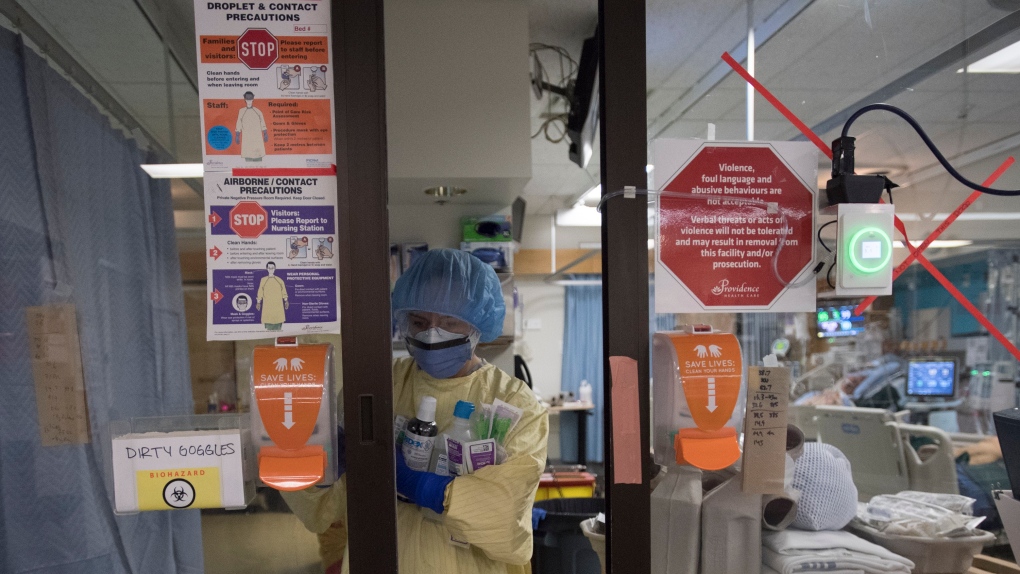 TORONTO -- Health officials are reporting more than 100 new cases of COVID-19 in Ontario for the sixth straight day.

The 112 new cases announced on Tuesday morning bring the province's total number of infections to 42,421, including deaths and recoveries.

One more death related to COVID-19 and 92 more resolved cases were recorded in the last 24-hour period. The death toll in Ontario as a result of the novel coronavirus is now 2,812 and the number of recovered patients in the province stands at 38,369.

Most of the new cases reported on Tuesday are in people between the ages of 20 and 39. Forty-five new infections were reported in that age group, which has become a worrying trend for Ontario Premier Doug Ford. In recent weeks, he has urged young people—especially post-secondary students—to not become lax in following health protocols by partying.

Most of the province’s public health units are reporting fewer than five new cases of COVID-19.

“Locally, 27 of Ontario’s 34 public health units are reporting five or fewer cases, with 18 of them reporting no new cases,” Health Minister Christine Elliott said in a tweet published Tuesday.

Peel Region reported the most new cases with 28, followed by Toronto at 26 and York Region at 12. Windsor-Essex reported 11 new cases and Ottawa reported eight.

Meanwhile, the number of patients in Ontario hospitals with COVID-19 has shot up to 65, likely due to a delay in data reporting on August 29.

Of those 65 patients, 17 are being treated in an intensive care unit, five of which are breathing with the assistance of a ventilator.

As of Tuesday, the province has completed close to three million tests for COVID-19 with 2,989,888 tests processed overall.

More than 23,000 of those tests were completed in the last 24-hour period.

There are currently 15,748 test under investigation.