TORONTO -- Siblings Jasmine and Ben Estevao are children but they already consider themselves to be conservationists due to their deep concern over the state of the planet.

A children’s conservation organization called Earth Rangers in Woodbridge, Ont. says that children are increasingly feeling worried and anxious about the health of the planet and its creatures.

“I really love animals, and I know that there are so many of them going extinct and so many endangered,” 12-year-old Jasmine told CTV News Toronto.

Earth Rangers’ president Tovah Barocas told CTV News Toronto that many young people who care about the environment are dealing with what’s becoming known as ‘eco-anxiety.’

“It’s a real thing. It’s this kind of stress that we’re starting to experience as a result of a lot of negative environmental news,” Barocas said. 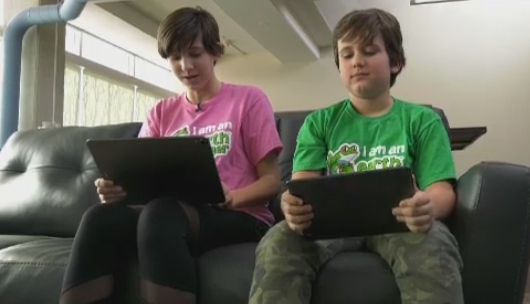 “Climate change is a little bit of a complicated concept. An eight-year-old might not really be able to process that information, but they know that it’s scary.”

Barocas said that signs of eco-anxiety in children might include them expressing fear of the unknown, a lack of control over the future or feeling like there might be a catastrophe.

“I think just everyone is hearing more about the environment than we ever have before,” she said.

“There’s lots of coverage of extreme weather, lots of plastics in our ocean, species going extinct, and it can be a little bit overwhelming at times.”

With this in mind, Earth Rangers created an app that aims to create a safe place for families to learn about nature, while empowering kids to take environmental action.

The sibling’s mother Jennifer Estevao told CTV News Toronto that her children have reacted positively to the new app. 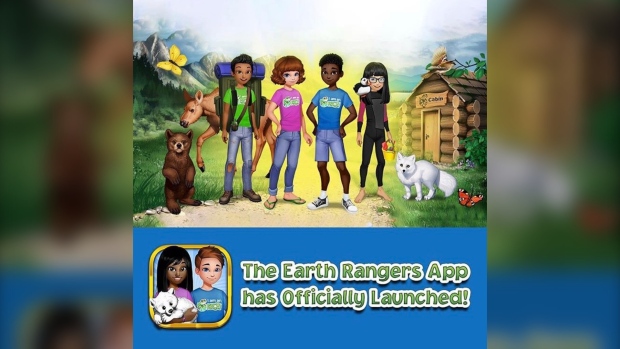 “I think it gives them a sense of pride and control over how they can help the environment,” she said.

“Through the ‘missions’ in the app, there’s little things like conserving energy – when you’re not in a room, turn the light off. If you’re not at home, turn the thermostat down a few degrees.”

Jasmine said the app helps her feel like she can actually do something about the issue.

Barocas said Earth Rangers has found that one of the most effective ways to combat eco-anxiety is by taking action.

“You know, whether it’s organizing a shoreline cleanup and picking up garbage, or planting a pollinator garden or conserving energy at home, it really shows kids that they can make a difference, that it’s not too late, and that they still have some control over their future,” he said.