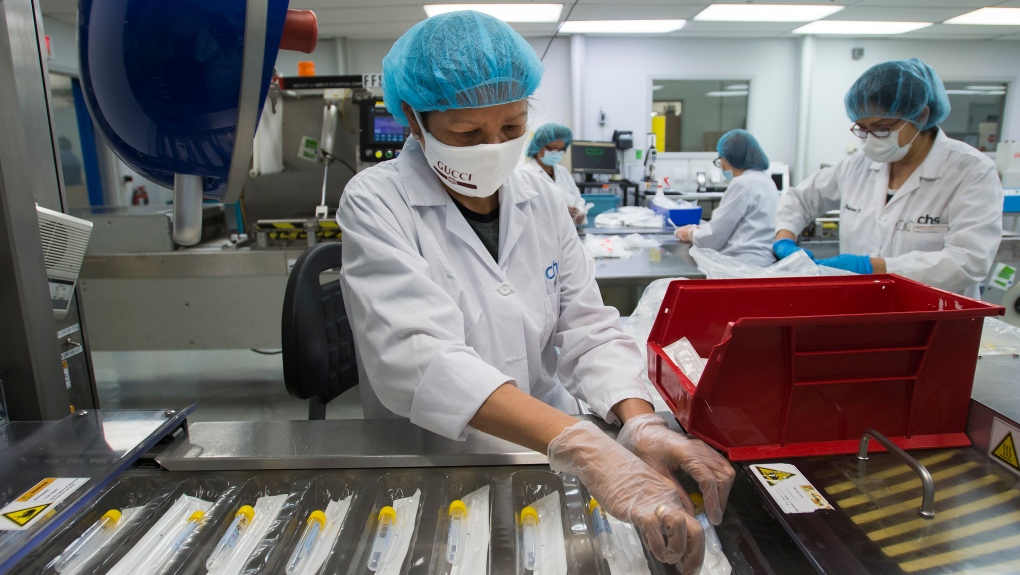 TORONTO -- Health officials in Ontario are reporting close to 1,000 new cases of COVID-19.

While still a relatively high number, the 977 new infections represent a slight decrease over Saturday’s total when 1,015 cases were reported.

The province also recorded nine more deaths as a result of the disease in the last 24-hour period, bringing Ontario's COVID-19 death toll to 3,145.

Sunday's report shows there are a total of 76,707 lab-confirmed cases of COVID-19 in Ontario, inlcuding deaths and recoveries.

There are currently 7,981 active cases of COVID-19 in Ontario.

With 37,133 tests completed in the previous day, the province’s positivity rate now stands at 2.6 per cent.

Most of the new infections were found in people between the ages of 20 and 39. That age group accounts for 376 of the new cases.

At least 88 cases were logged in people 80 years of age and older.

The majority of the new cases reported Sunday can be traced back to just four regions in Ontario.

Toronto (279), Peel Region (238), Ottawa (130) and York Region (113) are all currently under a modified version of the Ontario government’s Stage 2 public health measures, which restrict indoor dining at restaurants and bars and the use of movie theatres and gyms.

At the same time, several other public health units across the province reported fewer than five new cases of the disease. In fact, at least seven regions recorded zero new cases.

Thirty more people were admitted to an Ontario hospital for treatment of their COVID-19 symptoms in the last 24 hours, the highest number reported in a single day in months.

Of those 350 patients, 72 are being treated in an intensive care unit and 46 are breathing with the assistance of a ventilator.