A photo of a few Toronto Maple Leafs greats, including the late Borje Salming, posted to social media last week has been liked more than 90,000 times and racked up nearly 12,500 shares and counting since then.

But the longer you look at the image, the more questions there are. Why are Darryl Sittler, Tiger Williams, and Lanny McDonald wearing clothes fit for the 70s? What’s with the old cars in the background? Is this photo even real?

Questions like those and others appear frequently within the nearly 4,000 comments that followed the late Friday-night post to the Facebook group Maple Leafs Fans -- alongside countless tributes to Salming, who died on Nov. 24 following a battle with ALS.

“Great picture…but how did all those old cars get in the background?” asked one person. “There has got to be more to this picture…” remarked another. Some users in the comment section even suggested the image was photoshopped.

It turns out the answer is simple.

CTV News Toronto reached out to the production company behind “King 21,” a six-part television series about the Swedish hockey player’s life, which confirmed the photo was authentic.

The production, by Warner Bros Sweden, was shooting on location in Toronto outside of the former Maple Leaf Gardens (now a Loblaws grocery store and Toronto Metropolitan University athletic facility) when the photo was taken.

They said Sittler, Williams, and McDonald were all extras in the series -- which explains their clothing in the photo -- and came out to “support their friend.”

The four teammates played together for the Leafs in the 70s over a number of years. 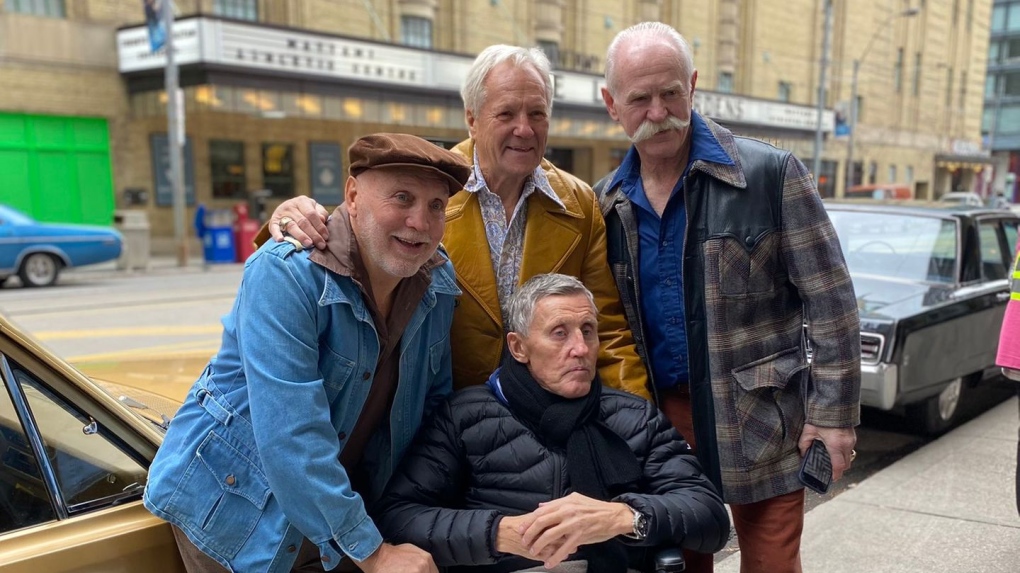 Jason McCormack, who took the photo and worked on the set, said when he heard about the show, he knew he had to be a part of the production.

“I gotta get on there,” he recalled, speaking to CTV News Toronto in an interview.

McCormack said news about Salming’s ALS diagnosis had been announced before the show started shooting and there were rumours that the Hall of Famer would eventually make his way to set.

Those rumours became a reality in early November when Salming made his appearance alongside members of his family.

“I've worked on all kinds of films. And I, you know, I don't really get starstruck. But to be around Salming, you know, he was one of my favorites growing up.”

McCormack snapped photos with Sittler, Williams, and McDonald before capturing the image of Salming and his teammates that has since gone viral.

“That moment and taking that picture and to be that close and be part of it meant the world to me.” 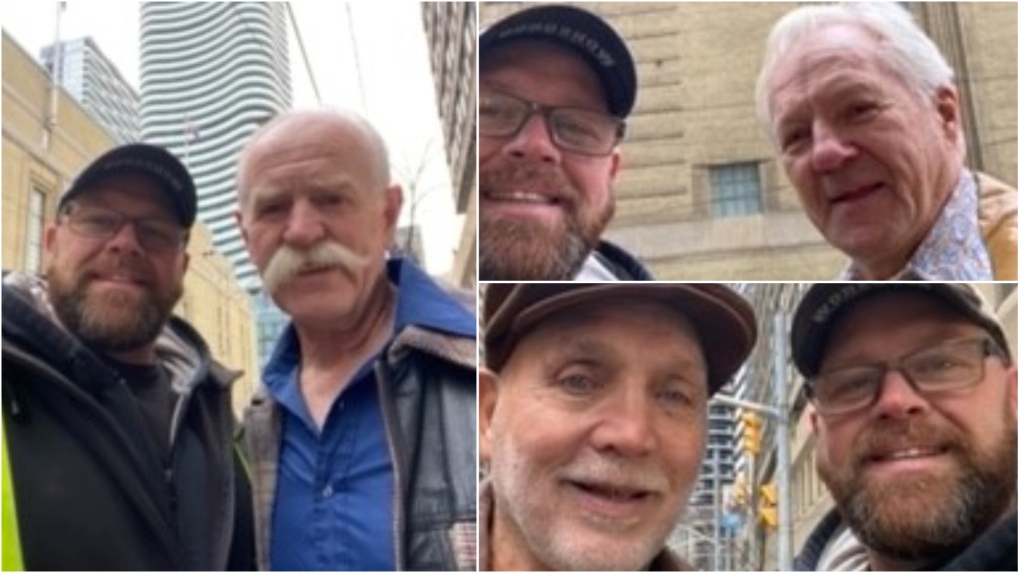 Salming wore number 21, which was retired by the Leafs in 2016. A monument in his honour was added to Legends Row outside Scotiabank Arena in 2015. He is still the highest scoring defenseman in Leafs history.

He was remembered fondly following his passing last week as an athlete who paved the way for other European-trained hockey players to compete in the NHL.

Salming first made the announcement about his ALS diagnosis in August, saying the news had “shaken” him and his family.

The current Leafs roster honoured the Swede, who was widely referred to as “The King,” on Friday’s game against the Minnesota Wild by adorning their jerseys with a blue maple leaf and a gold crown with “BÖRJE” in bold yellow writing.