Murdered woman's body had been in Toronto home for months, police say

TORONTO -- A 17-year-old boy is facing a murder charge in connection with the death of his 54-year-old mother, whose body had been inside a Toronto home for at least two months before it was discovered by police.

On Thursday, officers with the Toronto Police Service confirmed to CTV News Toronto that a suspicious death investigation is now being investigated as a homicide.

Police said the accused, who cannot be named under the provisions of the Youth Criminal Justice Act, was arrested in Manitoba. It is not known when the arrest took place. 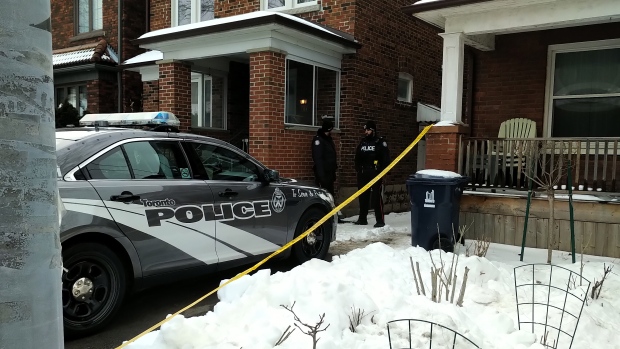 The woman’s sister and the aunt of the accused, who also cannot be identified under the Youth Criminal Justice Act, told CTV News Toronto exclusively that she had not seen the mother or the son since the fall.

“She did say she was going to go away for a few days. That’s it,” the woman said. Asked if she ever saw her again, the woman responded that her sister never did come back.

The teenager has since been charged with second-degree murder.

This is the city’s fifth homicide of the year.