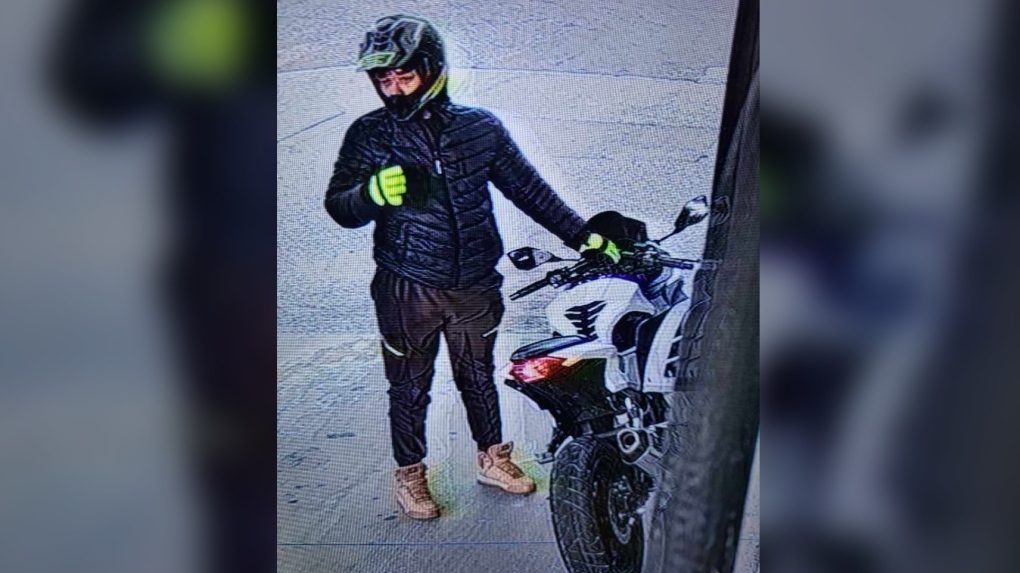 A photograph of a motorcyclist who allegedly committed more than a dozen armed robberies across the GTA in recent weeks.

Police from several jurisdictions are working to identifyand apprehend a motorcyclist who allegedly committed more than a dozen armed robberies across the GTA in recent weeks.

The incidents happened between July 13 and Aug. 5 and usually targeted gas stations and fast food restaurants.

Investigators said the suspect typically enters a business, brandishes a gun, and demands money before fleeing the scene on a white motorcycle.

The robberies were committed between the hours of 2 and 6 a.m. throughout the week.

The suspect is described as a male, five-foot-seven to five-foot-nine with a thin build.

While the clothing he was seen wearing varies, police said he wears a black motorcycle helmet with green accents, black gloves with white or green accents, and sunglasses.

The motorcycle the suspect uses is a 2012 to 2017 white Kawasaki Ninja 300 with green writing and aftermarket exhaust.