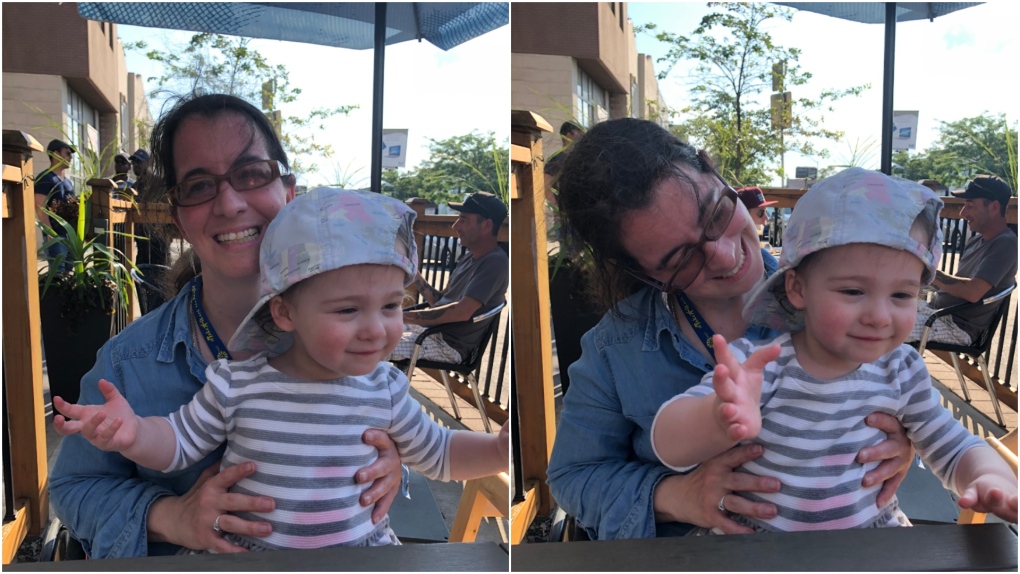 TORONTO -- A mother says she was spat on by a stranger while visiting a park in downtown Toronto last Friday in an apparently random attack.

Terri-Lynn Langdon tells CTV News Toronto that she was at a park near Bay and College streets with her 22-month-old daughter and her personal support assistant in the moments leading up to the incident.

“Interestingly enough, there were so many people around,” Langdon said. “We had just finished petting dogs that we knew and talked to couples that we knew.”

But then, the otherwise pleasant visit to the park took a turn for the worse when a man approached the unsuspecting group.

“This man came up to me and spit on me twice,” Langdon recalled, while adding that the man was wearing a mask at the time of the incident.

“He removed it to spit on me. He didn’t even try and conceal himself; he wanted me to see him.”

Langdon said she immediately left the park to report the incident to the police. Days later, police informed her that security surveillance cameras in the area did not capture the assault.

What’s worse, Langdon said, is that she has no idea why she was targeted and thinks that the man may live nearby.

“I don’t know the individual. There are folks that have very strong views about parents with disabilities and I was wondering if that was the reason.”

Langdon said she wishes that she had said something at the time, but admits she was so shocked by the incident that she was left speechless.

Unfortunately, this was not the first time that she’s had such an experience.

In March, she said she was in the area of Yonge and Carlton streets when a stranger approached her and made a derogatory remark about her qualifications as a parent.

“She said, ‘Disabled people are spreading COVID-19’ and then she just kept going,” Langdon recalls.

When Langdon attempted to get away from the woman, she said she was then followed. In that case, Langdon said, the stranger was later arrested.

Through sharing her story, Langdon hopes to prevent other members of the disabled community from having to experience similar types of abuse.She also wants to educate the public about issues faced by people living with disabilities through COVID-19 that may not have been considered.

“I hope that there are more stories in the media about how the pandemic is affecting the disabled community,” she said.

She said a lot of people with disabilities receive help from attendants who come to their homes, but don’t have funding for personal protective equipment, such as masks.

“All of these things have to be things that I consider on a day-to-day basis, that some other folks don’t even wink at.”

Langdon said she had a doctor’s appointment the day after the first incident and has been monitoring for symptoms ever since.