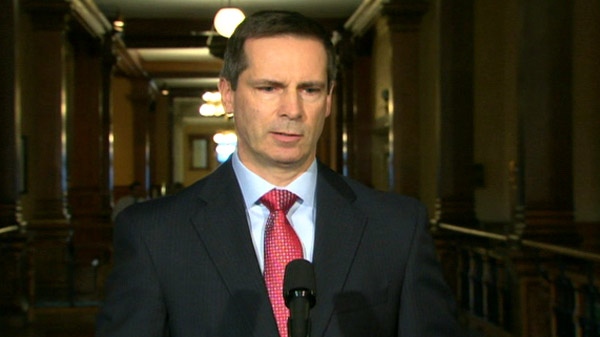 TORONTO - Ontario Premier Dalton McGuinty says there's more work to be done to ease commuters' pain after a new study that says the city's commuting times are the worst among 19 big cities surveyed.

McGuinty says he's proud of the work the province has been able to do so far, but when it comes to highways and other commuting infrastructure, the province will have to find ways to do more.

A study by the Toronto Board of Trade says the average commute in the city is 80 minutes per round trip -- 24 minutes a day longer than in Los Angeles.

The figures average travel times for those who drive cars and those who take public transit.

While a slowdown of investment in public transit in this year's budget may lead to even more gridlock, McGuinty notes his government has invested $9.3 billion in transit over the last few years.

The report notes only 29 per cent of Toronto-area residents leave cars at home compared to 74 per cent in Paris and 90 per cent in Hong Kong.

It remains an attractive place for people to live, the study found, ranking second in "labour attractiveness," behind only Barcelona.

Toronto has the highest proportion of immigrants of any city in the study and ranks in the upper third of cities in the proportion of people with a university degree.

Toronto is mid-pack in housing affordability but doesn't attract investment as well as others, ranking 19th as an investment magnet.