TORONTO -- Ontario has lost more than one million jobs in the last three months since the COVID-19 pandemic was declared.

According to Canada’s national statistics agency, about 64,500 jobs were lost in the month of May in Ontario, bringing the provincial unemployment rate to 13.6 per cent.

At least 59,000 of those jobs were held by full-time workers.

The Labour Force Survey (LFS), which used the week of May 10 to 16 as a sample, said that Ontario was “the only province where employment continued to fall in May.”

“Some provinces had begun to re-evaluate and gradually ease public health and other restrictions, including allowing some non-essential businesses to re-open,” the survey reads. “These provinces included British Columbia, Saskatchewan, Manitoba, Quebec and the Atlantic provinces with the exception of Nova Scotia. In contrast, the COVID-19 economic shutdown was still largely in place in Alberta, Ontario and Nova Scotia as of mid-May.”

While the job losses continue to decline in Ontario, the numbers in May are significantly lower than the last two months. The province saw 403,000 jobs disappear in March and 689,000 were lost in April.

In the Greater Toronto Area, the unemployment rate jumped from 11.5 per cent to 15.4 per cent in May.

Speaking to reporters on Friday afternoon, Ontario Premier Doug Ford said his government will be releasing a plan to move on to the next phase of reopening the economy early next week, but warned that businesses won’t be allowed to reopen right away.

“We will be ready very soon to take our next steps to reopen our economy, but it won’t happen overnight. Businesses will need some time to prepare.”

The province entered the first stage of the “restart phase” of reopening, as outlined in the Progressive Conservative’s "Framework for Reopening our Province,” in mid-May.

A number of businesses with street entrances have been allowed to open their doors, as well as garden centres, hardware store and golf courses—however this occurred on May 19, three days after the sample week used by Statistics Canada to calculate employment had ended.

Ford said that the report only provides a “one week snapshot” of how Ontario’s economy is doing.

Victor Fedeli, Ontario’s minister of economic development, said that that while unemployment appears to be increasing, the economy “is beginning to restablizie.”

“However, there is no doubt that the COVID-19 pandemic is having an ongoing impact on Ontario’s economy and real people, families, business owners and workers continue to struggle.” 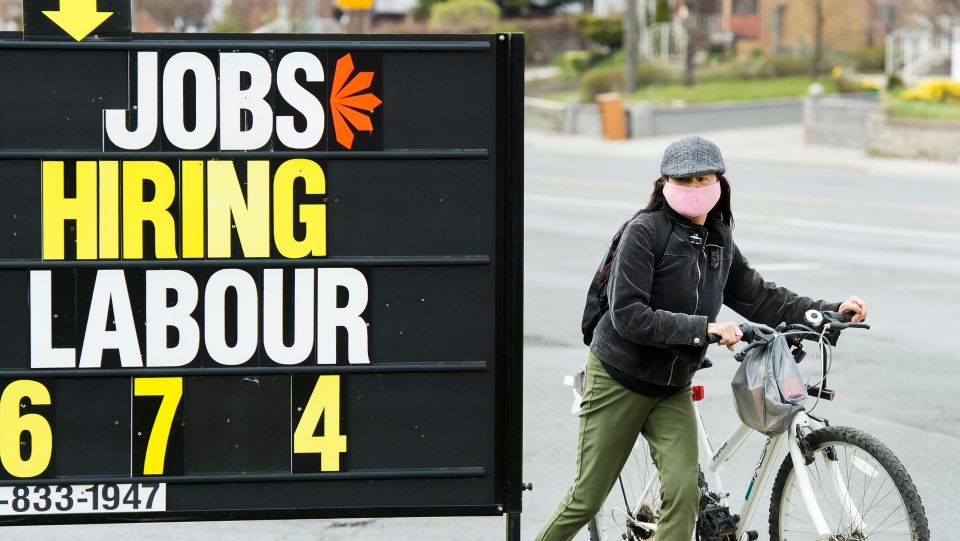 After the first set of unemployment numbers were released for the month of March, the premier announced the launch of the Ontario Jobs and Recovery Committee, comprised of numerous ministers, to help grow the economy after COVID-19 runs its course.

“These aren’t just numbers. These are real people. It breaks my heart. It keeps me up at night,” he said at the time. “As a province … we’ve had to make unthinkable sacrifices. We’ve paid a tremendous cost.”

“We aren’t going to wait until this is over. We are going to start working on the economic right now.”

No updates have been provided to date about the committee’s plan to help the economy bounce back after businesses begin to reopen. However, on Friday Fedeli praised the committee’s open communication with businesses across the province.

“We’ve heard loud and clear, COVID-19 has changed the landscape and we must work together.”

Across Canada, 289,600 jobs were added in May, Statistics Canada said, however the unemployment rate remains at a record high at 13.7 per cent.