More than 53,000 tickets were issued by Toronto's new speed cameras in 5 months 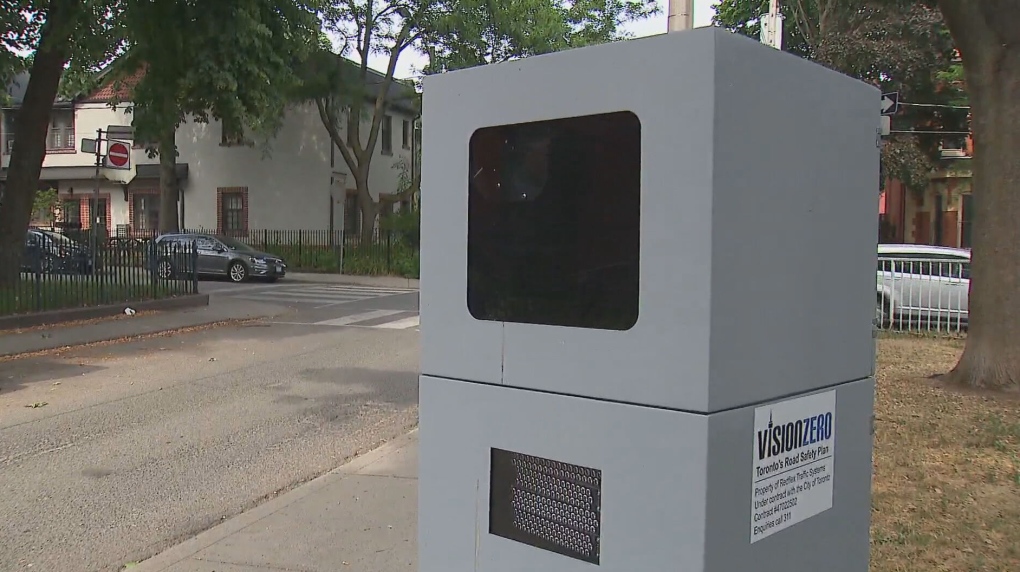 An automated speed enforcement device is seen in this undated photo.

TORONTO -- More than 53,000 tickets have been issued to drivers caught speeding by Toronto’s newly installed speed cameras during the first round of enforcement, according to new data.

“...I think that it’s working,” Mayor John Tory told CP24 on Friday. “I always said that my objective would be to have these photo radar automated speed enforcement machines issuing no tickets because that would mean people weren’t speeding.”

The speed camera on Renforth Drive near Lafferty Street (Etobicoke Centre) issued the most tickets with 5,404, which represents 10 per cent of all tickets issued during the first round.

The highest fine of $718 was issued to a driver travelling at 89 km/h in a 40 k/m speed limit zone by the same device on Renforth Drive.

The number of repeat offenders in the first round of locations was 5,822, according to the city. The most frequent repeat offender received 17 tickets for speeding near Crow Trail and Bradstone Square (Scarborough North).

The devices are placed on local, collector and arterial roads in community safety zones near schools.

Each ward will receive two devices during each round of enforcement. Signage has been installed in advance of all ASE locations to make motorists aware of their presence, according to the city.

All of the devices are expected to rotate to new locations again in the spring.

“They’re going to move every three or four months so that we can sort of draw to the attention of people in other parts of the city,” Tory said.

The city said site selection is primarily based on data that shows where speed and collision challenges exist near schools in community safety zones.

Below is a breakdown of the number of tickets issued for each of the 50 ASE devices: