He went viral last year and now Mississauga Steelheads hockey player Nic Canade is looking for a repeat – not on ice, but online.

In 2018, ahead of his OHL team’s annual “Pink at the Rink” game, where players don unique pink jerseys in support of the Canadian Cancer Society, Canade wanted to raise funds and awareness on his own. So, he turned to social media.

“I thought of an initiative to promote breast cancer awareness and decided to go ahead and post a photo [to Instagram],” the 19-year-old assistant captain said. “I hoped to get maybe five, six thousand likes, and I’d donate 25 cents for the first 10,000.”

That post ended up getting more than 65,000 likes on the social media platform. His monetary contribution, combined with donations from local businesses and another team member’s family, meant that a $6,000 donation was made to the Canadian Cancer Society.

“It ended up blowing up, and now I’m hoping to do the same thing this year, if not better.”

On Monday, Canade posted another photo through his Instagram account, sharing why the cause was so important to him.

“For me it’s something that touches close to home,” he told CTV News Toronto. “I lost all my grandparents to cancer. I have a have a breast cancer survivor in the family, my Nonna. She’s actually going to walk out on the ice [on Thursday], which is a really big moment for me. That’s kind of why I did it. Get it out there and get people aware of what we’re doing.”

Canade’s team is hosting their eight annual “Pink at the Rink” game against the London Knights, with volunteers collecting donations for the Canadian Cancer Society.

“For us, it’s incredible,” Brad Stevenson, community and corporate manager of partnerships with the Canadian Cancer Society, said. “People living with cancer need an assist now and then. And Nic is proving to other young people that they can raise funds, play and make an impact on their community. It’s really critical that people like Nic exist.” 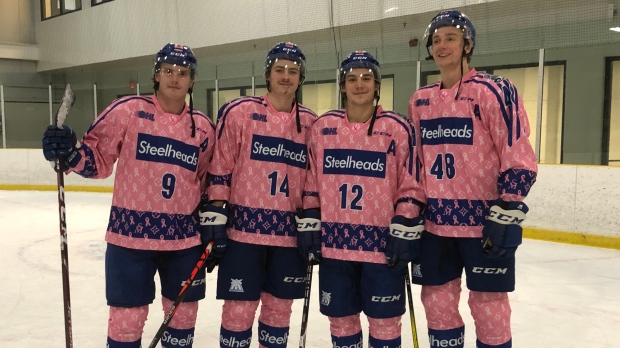 Dach Hiller, the vice present of and director of business operations with the Mississauga Steelheads, said Canade is always thinking of others.

“He’s a pretty remarkable kid,” Hiller said. “He got recognized last year as the OHL humanitarian of the year, and I think he’s really trying to outdo himself this year.”

With the breast cancer awareness game coming up this sunday for the steelheads, I would like to donate .25 cents for every like I receive on this post for the first 10,000 likes. All the proceeds will go to the Canadian Cancer Society. @_cwphotos

“You know it’s what we try to do here in Mississauga,” Richmond said. “We try to get the best people. And I couldn’t be more proud of my players and my staff, so it’s a wonderful thing to be a part of.” 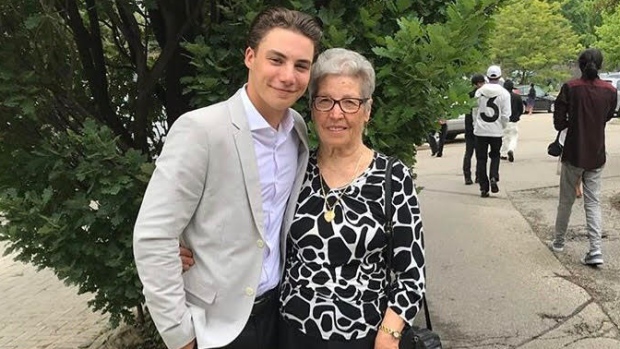 Canade’s goal is to double the amount of money raised last year, and he believes it will be accomplished with the help of more local companies jumping in with donations.

He also hopes that his efforts will inspire other players to do the same.

“You know you hope that other people maybe jump on and donate and do something similar,” Canade said. “It’s a great cause to give back to.”