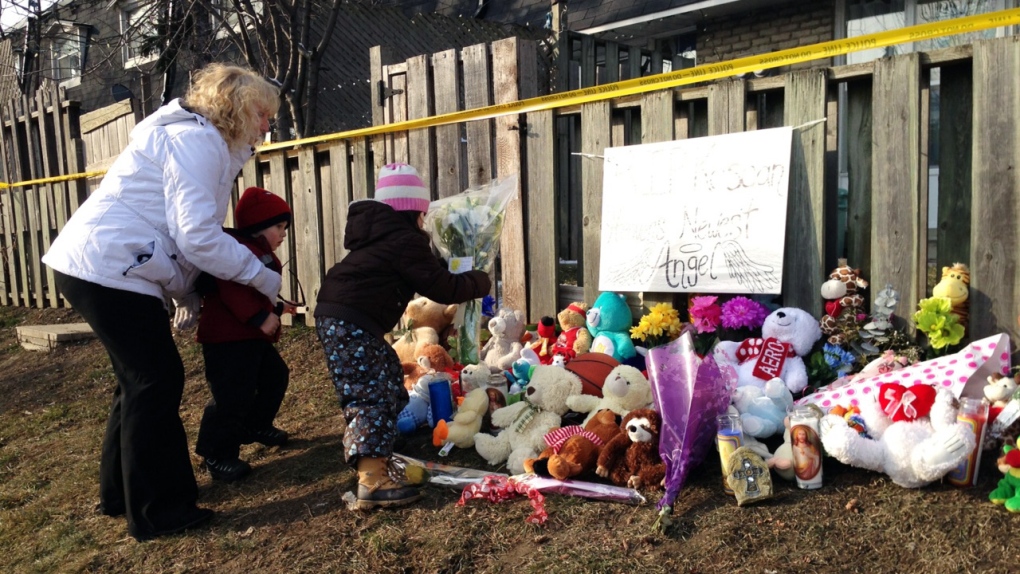 Mourners from across Brampton gathered Sunday at the townhouse where nine-year-old Kesean Williams was fatally shot, leaving flowers and teddy bears in memory of the young boy.

“My son is the same age as Kesean,” said one mourner. “He will be missed.”

A bullet fired into the home last Wednesday night struck Kesean in the head as he watched TV.

Police said the townhouse was likely targeted, but are unsure why. Kesean lived there with his mother and brother.

At the school where Kesean attended Grade 4, flags were lowered to half-mast last Thursday and a memorial table set up so other students could leave messages of condolence.

“(His) death is deeply felt by everyone at the school,” principal Kristin Bergen wrote in a letter to parents.

A trust fund has been set up for Kesean’s family: