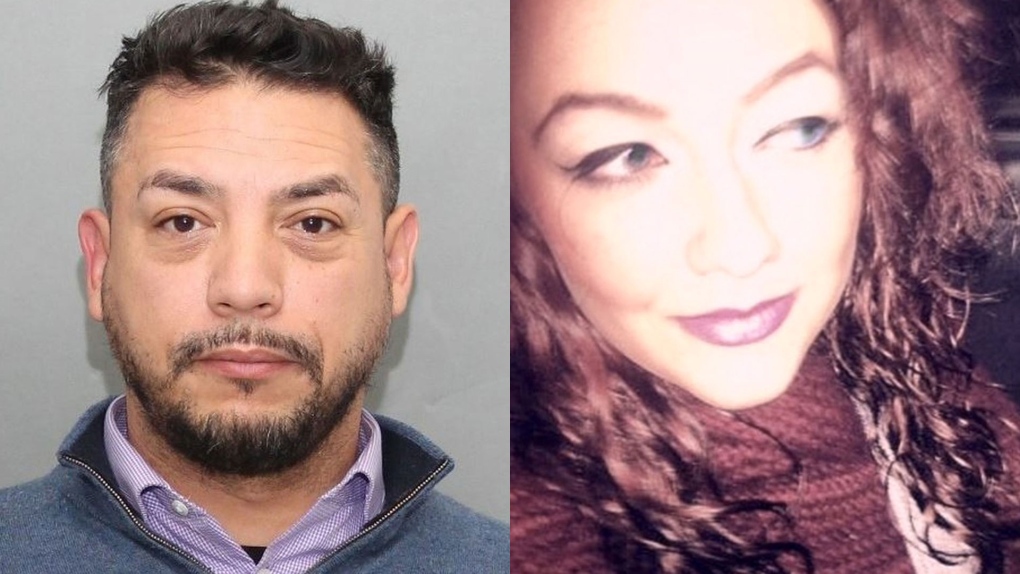 TORONTO -- A 44-year-old man who killed his 28-year-old roommate in their downtown Toronto apartment had a proven history of violence against women and presents “grave danger” to potential victims, a judge said while handing down a life sentence with no chance of parole for 18 years.

On Oct. 30, a jury found Richard Isaac guilty of second-degree murder in the death of Victoria Selby-Readman.

The two shared a small apartment on Richmond Street West for three weeks before Selby-Readman’s father found his daughter dead inside the unit on June 12, 2018.

She was killed four days earlier.

“Richard Isaac is not young, not a first offender, not a first-time violent offender against a woman in a confined space where he had an overwhelming physical advantage and power to dominate and inflict extreme harm,” Justice Brian O’Marra wrote in his reasons for sentencing released on Friday.

“The victim was very vulnerable to be in such a confined space with a man much bigger and stronger than her.”

Selby-Readman lived with her father in the Toronto apartment until January 2018. After he moved out, she started looking for someone else to share the cost of rent. In mid-May, Isaac moved in.

On June 8, 2018, Gary Readman texted his daughter to check in on the living situation. He received a reply reading, “My roommate is drunk again… I need support… He’s so stupid I want him gone today.”

The next day her father followed up.

He testified during the trial that the next reply he received presented a far more sympathetic view of Isaac.

“Good actually. He’s taking me out for supper. I asked him not to drink anymore and he agreed with me… He’s a nice guy. I just hate seeing him drink over his ex. She’s not worth it and he’s only hurting himself. When he’s sober he’s so kind and thoughtful. This week he brought me flowers… OK gonna get ready to go out for supper,” the text message sent from Selby-Readman’s phone read.

Readman texted his daughter again on June 11 and 12, but received no response.

“Once inside he made the horrific discovery of her badly beaten and decomposing body,” the judge wrote. “She was wrapped in blankets and propped against a wall. The condition of her body was such that her father did not initially recognize her and it took some time before he realized it was her. He immediately called the police.”

Isaac was taken into police custody in connection with Selby-Readman’s death on June 16, 2018. At the time, there was a warrant for Isaac’s arrest related to a domestic violence incident in Durham Region.

In the judge’s reasons for sentencing, Isaac’s lengthy criminal record was detailed. He has received numerous convictions relevant to this case, O’Marra said, including violence toward three female partners, including his “long-suffering ex-wife.”

“Substance abuse related to alcohol and extreme anger issues form a pattern in his behaviour,” O’Marra said of Isaac, who worked “sporadically in construction.”

Selby-Readman and Isaac never had an intimate relationship, the judge added.

Isaac did not testify at his murder trial. He was asked if he wanted to say anything following final submissions on sentencing from the Crown and his counsel, to which he said he expressed some sympathy for the victim’s family and friends but also claimed that he is innocent of her death.

“He did not express remorse for this crime,” the judge wrote.

At the sentencing hearing, 13 victim impact statements were read by loved ones of Selby-Readman.

“By all accounts Victoria was a very good person who had a positive influence on those who knew her,” the judge wrote. “The appalling scene that he came upon in her apartment on June 12 must have been one of stark horror. It was an image that nobody should have to see, especially for a parent.”

A conviction of second-degree murder carries an automatic life sentence in prison and parole ineligibility is set by the judge between 10 and 25 years. The Crown was seeking parole ineligibility to be set at 18 years, while the defence was arguing for 12 years. Nine jurors recommended the maximum 25 years and three jurors made no recommendation on sentencing.

In his reasons for sentencing, O’Marra said parole ineligibility should be set towards the top-end of the range permitted by the Criminal Code.

“Victoria Selby-Readman was a very vulnerable victim who did nothing to deserve the cruel death she suffered,” he said. “The extreme level of violence by the accused towards this young woman and his callous conduct after-the-fact must be denounced by this court.”

O’Marra added that Isaac presents a “clear and continuing extreme danger to a particular class of potential victims.”

“Any woman involved in a relationship with him, including a relationship short of intimacy, is in grave danger if she is in a confined space with him alone.”

In a statement to CTV News Toronto on Saturday, Isaac’s lawyer Daniel Brodsky said his client has advised him that he will ask the Court of Appeal for Ontario to set aside his conviction and acquit him or significantly reduce his parole ineligibility.