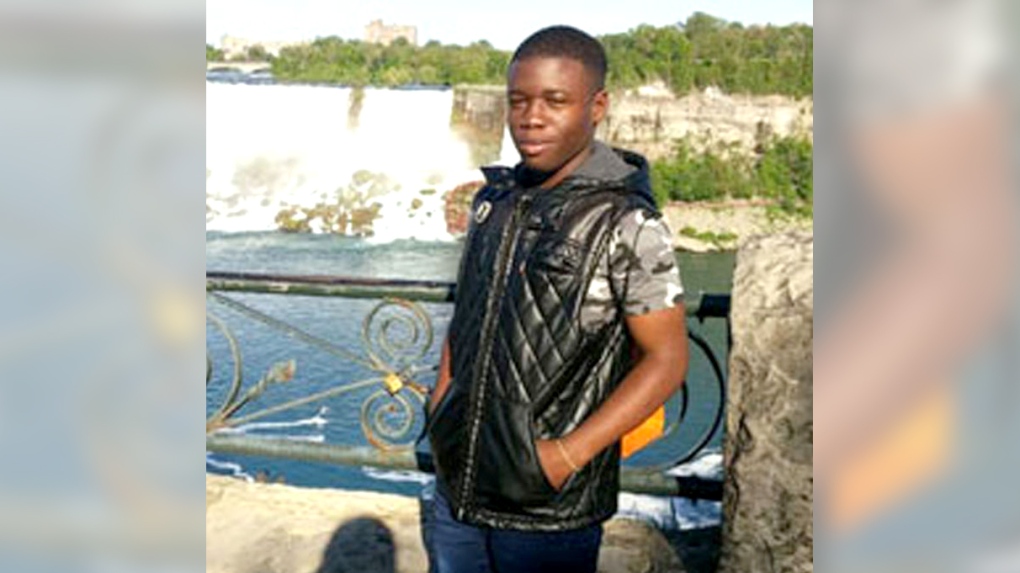 Jeremiah Perry is seen in this undated photo.

TORONTO -- A man who helped lead a school trip during which a teenage student drowned told an Ontario court Thursday he suspected something had gone wrong when he saw a helicopter hovering near one of the campsites on the third night of the outing.

Eren Howell, a longtime private sector wilderness guide now working as a firefighter, was in charge of one of the youth groups on the trip to Algonquin Provincial Park in July 2017.

Howell said he started to think "something was up" after spotting the aircraft, but only learned that there had been a "terrible accident" involving one of the other groups when one of the leaders paddled up to his campsite the next morning.

One of the students in his group was the older brother of Jeremiah Perry, the student who drowned, he said.

"We did wake up Marion (Perry), we did share the news," he said. "And then we did get him out of there ... to just be there and get ready for evacuation."

Jeremiah Perry, 15, disappeared in the water at Big Trout Lake on July 4, 2017, and his body was found the next day.

Nicholas Mills, a teacher at C.W. Jefferys Collegiate Institute who organized and led the excursion, is charged with criminal negligence causing death.

The Crown alleges Mills neglected safety rules and requirements related to the trip, which was part of an ongoing program for underserved youth.

Court has heard students who signed up for the outing had to pass a swimming test in order to participate. The test was held in June at Sparrow Lake.

The trial has heard some students took the test with a life jacket on, even though regulations for overnight canoe trips required that they be tested without one.

Howell told the court Thursday he knew about the testing requirement but wasn't told the results of the assessment for the members of his group, nor did he inquire about them.

He testified that regardless of the results, he would have wanted to gauge the students' skills himself.

"That they had had some experience together in the water was more than enough for me," he said.

Wearing a life jacket was mandatory for all members of his group, whether in a canoe or while swimming, he said, adding that he also wore one himself when taking part in those activities.

Mills did not spell out any specific requirements related to life jackets prior to the trip, and did not discuss whether they had to be worn while swimming, Howell said.

To his recollection, all that was said on the topic was that the items would be provided and "expected to be worn," he said.

One of the students in his group who was serving as lifeguard questioned the rule at one point, suggesting he could swim without a life jacket because of his skills, Howell said.

"I suggested that's not an option ... it wasn't a discussion that lasted very long," he said.

Howell said he had the chance to meet the students who would be in his group prior to the trip but wasn't involved in setting the itinerary or making any preparations.

Under cross-examination, he agreed with the defence that swimming tests and pre-trip meetings aren't required for private-sector wilderness trips, though he noted those typically involve adults rather than youth.

On the day the excursion began, Howell said he received a call from Mills alerting him that another guide was no longer able to come, leaving him to manage his group on his own.

He then drove up on his own with two canoes and his dog to a prearranged spot to meet the rest of the participants. Howell said he had gotten approval from Mills in advance to bring his dog, and had experience on such trips with his pet.

Court has heard Mills also brought his dog on the excursion, and his then-principal testified earlier during trial he had told the teacher that was not allowed.

This report by The Canadian Press was first published June 17, 2021.