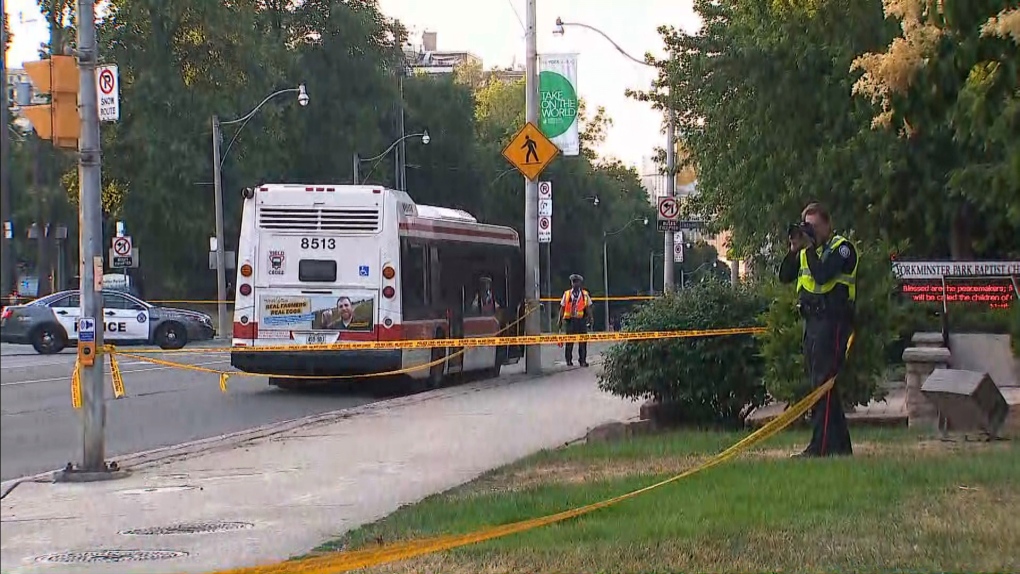 TORONTO -- A 25-year-old man is in hospital with serious injuries after being struck by a TTC bus in midtown Toronto Thursday evening.

Police say that the incident occurred near Yonge and Heath streets, north of St. Clair Street East, just before 7:30 p.m.

The victim was rushed to a trauma centre in serious condition, according to paramedics.

The TTC bus remained on the scene, police said.

The intersection was closed in both directions for police investigation. It has since reopened.