Man dead after being struck by vehicle in Etobicoke 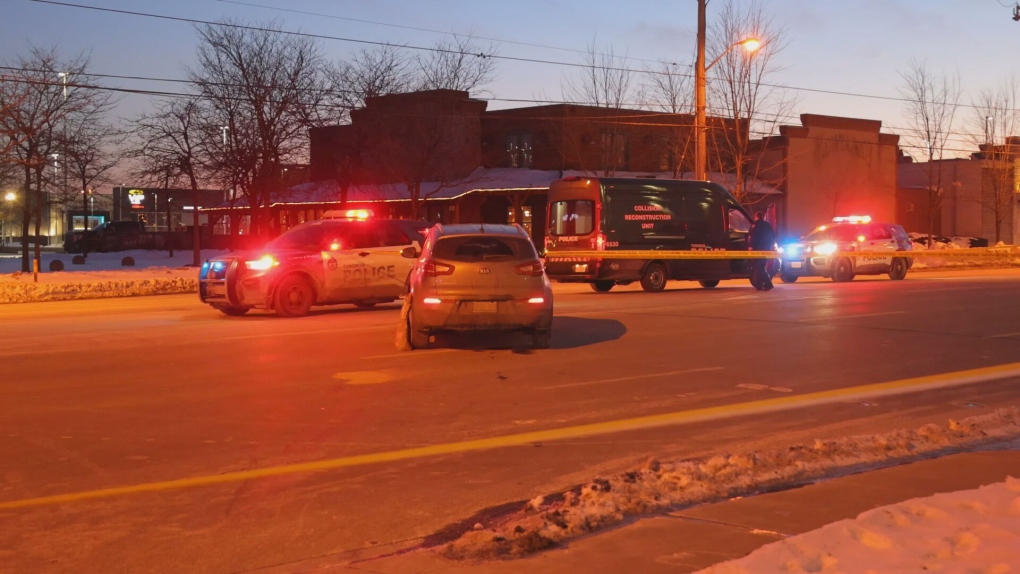 Toronto police are investigating after a pedestrian was struck by a vehicle in the area of Islington and The Queensway.
Toronto -

An 84-year-old man is dead after being struck by the driver of a vehicle in Etobicoke Friday afternoon.

Emergency crews responded to a collision in the area of Islington Avenue and The Queensway just after 3 p.m.

According to Toronto police Traffic Services, a pedestrian was walking east on the north side of The Queensway when he was run over by a 2013 Kia car exiting a gas station.

When paramedics arrived, they located a man with life-threatening injuries.

He was rushed to a trauma centre, where he was pronounced dead.

Police said the 31-year-old woman driving the vehicle remained at the scene.

She was transported to the hospital with non-life-threatening injuries, police said.

Quebec ready to vaccinate against monkeypox as soon as Friday, with 25 confirmed cases

Quebec is ready to vaccinate people who have come into close contact with monkeypox as soon as Friday.

Texas shooting: What we know about the victims

The inquiry into the 2020 mass shooting in Nova Scotia is hearing today from a retired senior Mountie who has been granted special accommodations to ensure he is not re-traumatized by having to relive the tragic, 13-hour event.

Patricia Tomasi, the co-founder of the Canadian Perinatal Mental Health Collaborative, is raising awareness on postpartum psychosis and how new moms can find support.

Canada Soccer has cancelled a planned friendly with Iran in the face of growing criticism.