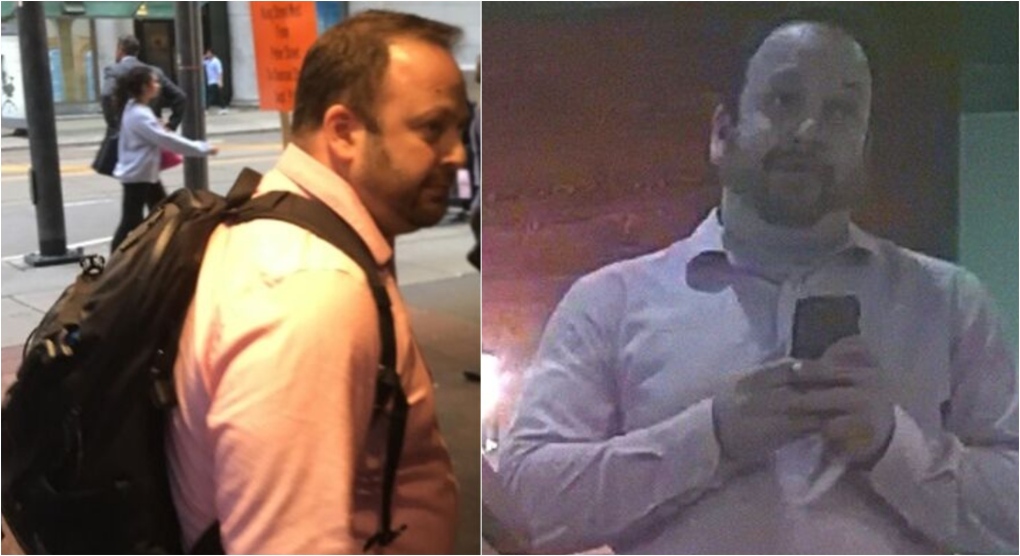 Police have released a photo of the suspect in the hopes someone can identify him. (Toronto police handout)

A man who allegedly used a camera and microphone to secretly record people inside a downtown washroom is wanted by police.

Police allege the man placed the camera inside a Yonge Street and King Street West business about 6.30 p.m. on Sept. 11.

The man walked into the businesses bathroom and allegedly affixed a black device, which contained a microphone and camera, to record people using the washroom, police say.

The man has been described as being in his mid-30s with short black hair, a full beard and having a medium build. He was wearing a light pink button-up shirt, black pants and was carrying a backpack.

Police have released an image of the man in the hopes someone can identify him.

Anyone with information is being urged to contact police at 416-808-5200 or through Crime Stoppers anonymously at 416-222-TIPS.