First-degree murder charges have been laid against a 23-year-old man after four members of his family were found dead inside a Markham, Ont. home over the weekend.

Emergency crews were called to a residence on Castlemore Avenue shortly before 3 p.m. on Sunday for a report of multiple people injured inside.

When officers arrived at the scene they were met by a man at the front door of the home. 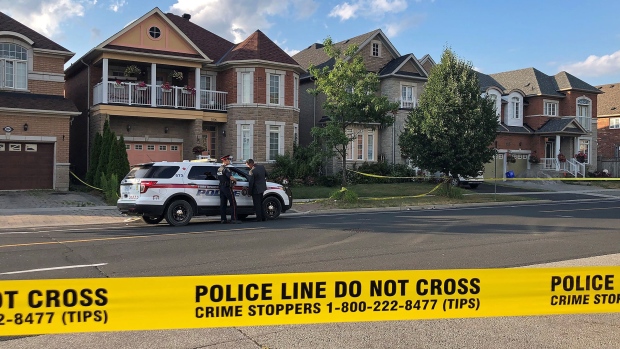 York Regional police officers stand outside of a home in Markham, Ont. on July 28, 2019. (The Canadian Press / Alanna Rizza)

Const. Andy Pattenden told reporters on Monday that the man was immediately taken into police custody before officers located an adult male and three adult females dead inside the home.

“I can tell you that those people were not transported to hospital, they were all pronounced dead at the scene,” he said.

A source has confirmed to CTV News Toronto that the victims are the suspect’s mother, father, sister and grandmother, but police would not confirm the relationships.

“At this point in time, until we have the identification done with the coroner we are not providing any information on any sort of relationships,” Pattenden said. 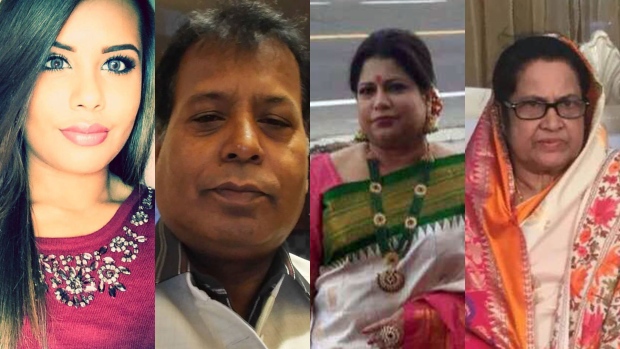 “The identification process for the deceased is going to take quite some time as post-mortems need to be done by the coroner and once those post-mortems are complete we will be able to advise who the deceased are.”

A man, who identified himself only as Rafiq, said he lives in the neighbourhood and has known the victims for more than a decade. He said they are all members of the same family.

A suspect identified as Markham-resident Menhaz Zaman was charged with four counts of first-degree murder on Monday as he made an appearance in a Newmarket, Ont. courtroom.

Pattenden said police are not looking for any additional suspects in the case.

Sources close to the investigation told CTV News Toronto that police were notified of the incident by citizens concerned about postings on the murders, allegedly written by the suspect on gaming websites. 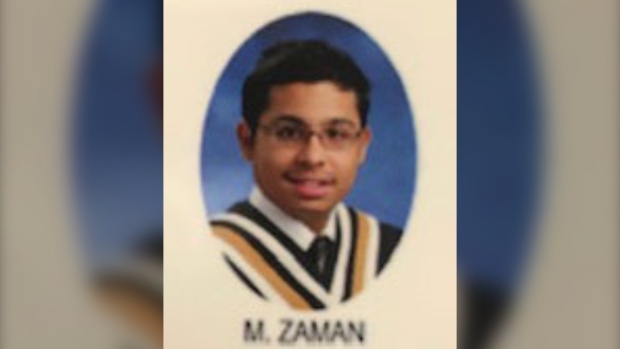 Menhaz Zaman is seen in this graduation photo for the class of 2014. (Bar Oak Secondary School.)

“As far as information at this point, we are going to be very limited in what we can provide as most of that is evidence before the court.” 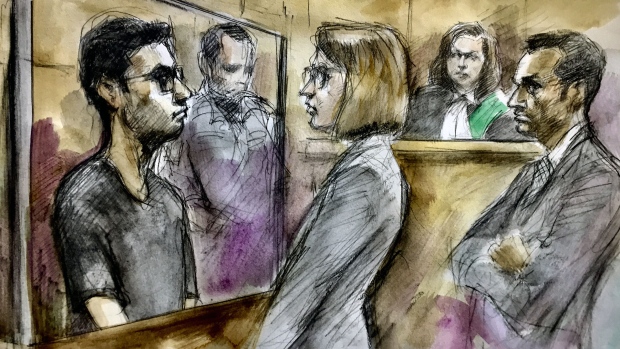 Menhaz Zaman (left) is seen in this court sketch from an appearance on July 29, 2019. (CTV News Toronto / Pam Davies)

Zaman's case is expected to return to court on Aug. 2.

Pattenden said more than 200 people from the community showed up outside of the home on Sunday night wondering what had taken place as police tape and investigators filled the area. 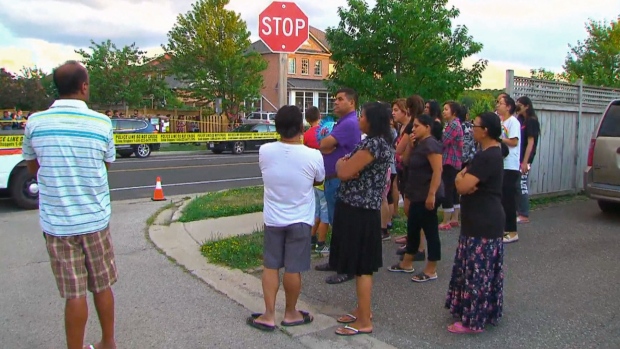 “Last night was a very active and ongoing investigation inside the house,” he said. “The coroner did attend, as well as officers from our forensic identification unit.”

“I can tell you that this scene is going to be held for quite some time as there is a lot of work for our forensic identification unit to be doing inside the residence here.”

Pattenden said he wants to reassure the concerned community “that we have this person in custody.”

“If anyone needs any sort of emotional support or any help dealing with this very tragic event we urge them to seek that help and support that they might need.”