Man accused of exposing himself to woman on GO train 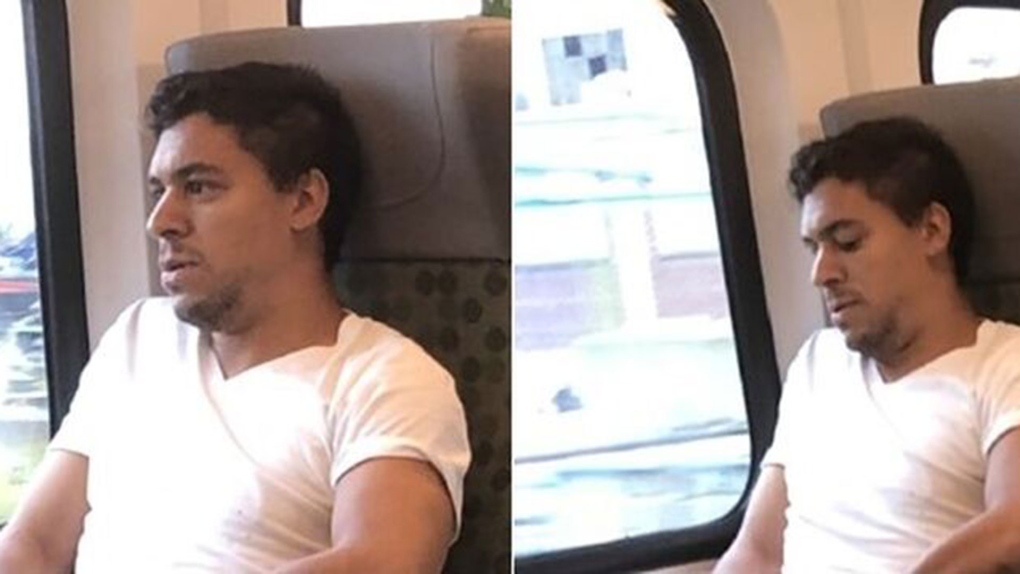 Images of a suspect wanted in connection with an indecent act in Toronto are seen. (Toronto Police Service)

A man is accused of exposing himself to a woman while onboard a train in Toronto.

On Sunday, at around 3:15 p.m., police officers responded to Downsview GO Station after receiving a call related to an indecent act.

Investigators allege a man exposed himself to a 34-year-old woman while on a train travelling from Union Station.

Police released images of a suspect wanted in connection with the investigation on Wednesday in an effort to identify him.

He has been described by officers as having short black hair, being unshaven and being in his mid-30s with a medium build. At the time of the alleged incident, he was wearing a white v-neck T-shirt with tan-coloured pants while carrying a black backpack.

Investigators said the suspect boarded the train at Union Station at 2 p.m. and got off the train at Downsview GO Station around 2:23 p.m.