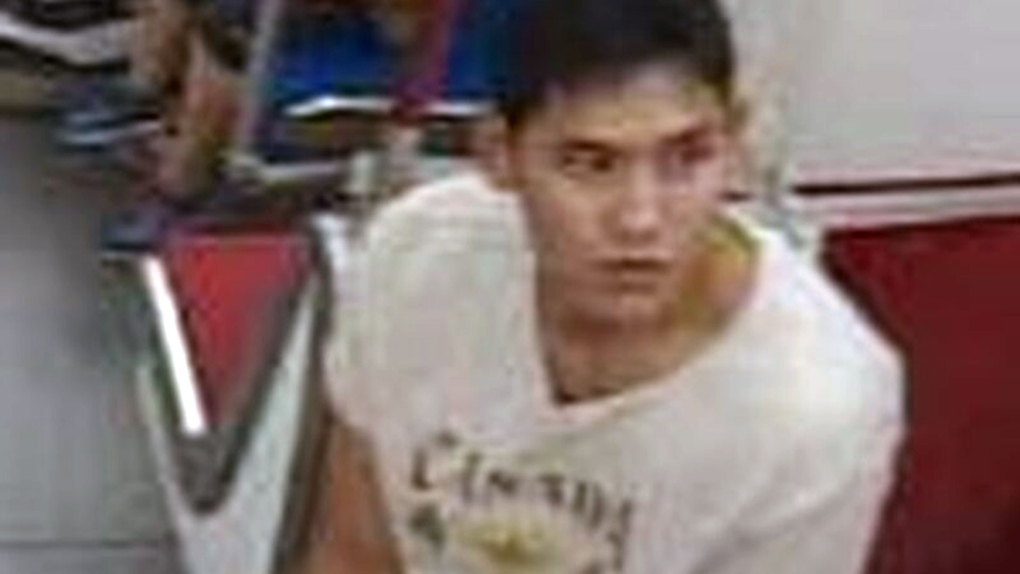 A suspect sought in a knife investigation is seen in this security camera image. (Toronto Police Service)

Police are searching for a man accused of brandishing a large kitchen knife while onboard a TTC subway train at Bloor-Yonge Station over the weekend.

At around 3 p.m. on Sunday, officials said they responded to reports of an armed man “yelling, swearing, and pacing around the subway car.”

According to investigators, the man then allegedly pulled out a knife from a duffle bag and continued to pace inside the train.

Police officers were dispatched to the scene after passengers notified TTC officials of the matter.

But, the accused “placed the knife back into the duffle bag and fled the train and the subway station before officers arrived,” police said.

A suspect wanted in connection with the investigation has been described by officers as a five-foot-10 man with a thin build and straight, black hair. He was last seen wearing a white T-shirt with the word “Canada” written across the front with black, knee-length shorts and white flip-flop sandals. 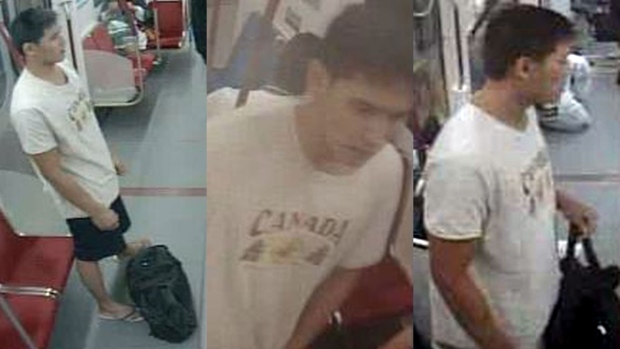 He was also seen carrying a black duffle bag at the time, police said.

Investigators released security camera images of the suspect on Monday in an effort to identify him and said “if seen, do not approach, call 911.”