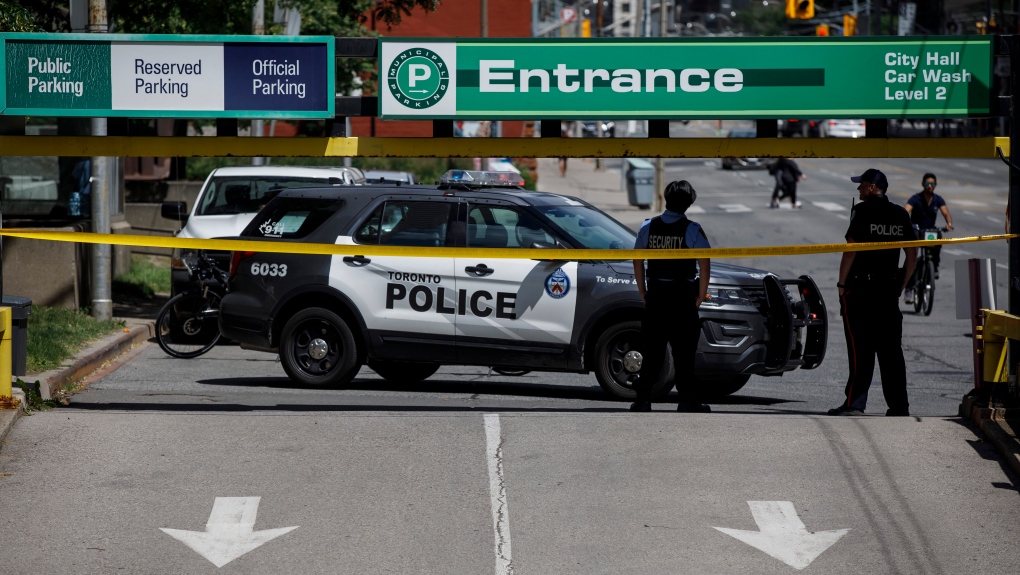 TORONTO -- The lawyer for the man accused of first-degree murder in the death of a Toronto police officer in July told Ontario Superior Court Thursday that statements made by the police and politicians after his client was granted bail are putting his client’s right to a fair trial at risk.

The solution, according to lawyer Nader Hasan, is to release a portion of the reasons for the bail decision to release Umar Zameer — saying that’s the only way to restore balance from assumptions and inaccurate information released in the case.

“It’s important to correct the mischaracterization. It’s meant to be corrected, not to gain strategic advantage, but to restore that baseline equilibrium that ought to exist to ensure a fair trial,” Hasan told Justice Jill Copeland in the hearing Thursday.

At this point, the publication ban remains in place and CTV News is unable to report the information that came to light in the bail hearing.

Zameer, 31, was charged with first-degree murder after it is alleged he struck Toronto police officer Constable Jeffrey Northrup with a vehicle in a parking garage near City Hall on July 2.

Const. Northrup was rushed to the hospital but was later pronounced dead. The 31-year-old veteran of the force was in plainclothes when he and another officer responded to a priority call about a stabbing in the area.

At the time, Toronto Police Chief James Ramer told reporters that, “We believe this was an intentional and deliberate act.”

But in a decision in September, Justice Jill Copeland ordered Umar Zameer released on $335,000 bail, with electronic monitoring, and a restriction from operating a motor vehicle.

That decision was panned by Ontario’s premier Doug Ford, who said in a tweet that the decision is “beyond comprehension… our justice system needs to get its act together and start putting victims and their families ahead of criminals.”

Toronto’s Mayor, John Tory, wrote, “It is almost impossible to imagine a circumstance in which an accused in a case of first-degree murder would be granted bail.”

Hasan described those public statements as “misconstruing” the decision in his application, and added that fringe media outlets had gone further in allegations that were not based in fact and leading others to speculate that Zameer’s life may be at risk.

“In this case, the public has already been influenced by information that is not only one-sided but also entirely inaccurate. It is necessary for counterbalance that misinformation by varying the extant publication ban,” Hasan wrote in an application that was heard on Thursday.

“What we’re seeking is an order that acts as a corrective measure to ensure that the improper misleading narrative doesn’t interfere down the road with Mr. Zameer’s fair trial rights,” he said.

Publication bans are mandatory in Canada when asked for by the defense, with the idea that the court can hear facts of the case in deciding whether to grant bail without having accusations published in a way that could prejudice a jury.

But Hasan said the ban prevents media from reporting other facts that provide more context in the case and preserves the integrity of the administration of justice and gives the public their right to know.

Crown lawyer Karen Simone told the hearing she opposes any change to the ban, warning that sharing specific, untested evidence could taint witnesses in the upcoming trial.

“With respect to the Crown’s role the Crown has an obligation to ensure the accused received a fair trial as well,” Simone said.

Justice Copeland, who heard the application on Thursday, debated the merits of the application, saying that giving more attention to the case might create new problems.