Man, 28, dies in crash in north Etobicoke, three others hurt 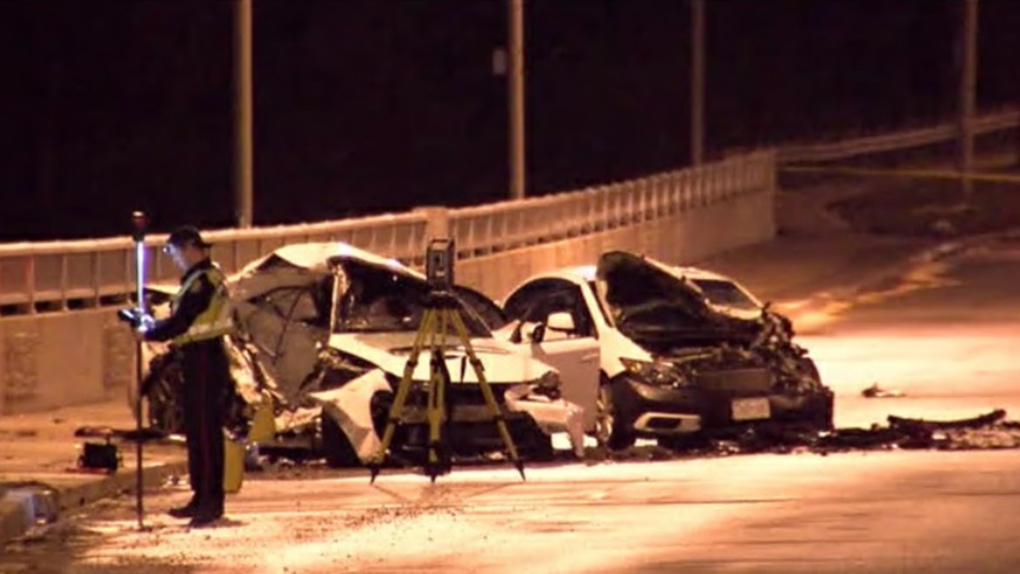 A collision reconstruction investigator is seen in front of two wrecked cars after a fatal crash in Etobicoke on April 4, 2020. (CP24)

TORONTO -- A 28-year-old man is dead and three other people were hurt in a three car collision in north Etobicoke late on Friday night.

Toronto police say that at 11:10 p.m. Friday, a man was attempting to make a u-turn in his Lexus sedan on Steeles Avenue, west of Islington Avenue, on a bridge over the Humber River.

They allege he turned into the path of two other cars heading the opposite direction.

Police said the man was the lone occupant of his vehicle and was pronounced dead at the scene.

Paramedics said they rushed a 50-year-old woman from one of the other vehicles involved to a hospital trauma centre in life-threatening condition.

Another occupant of the vehicles was taken to hospital in serious condition and a third suffered minor injuries.

Police said there was a large amount of debris and gasoline on the roadway that required a street cleaning vehicle.