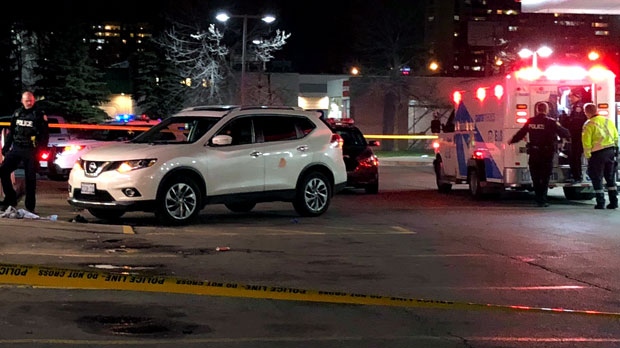 The scene of a shooting in the city's Jane and Finch neighbourhood is seen. (Peter Muscat)

A shooting in the city’s Jane and Finch neighbourhood has sent a male victim to hospital.

Emergency crews were called to the area of Driftwood Avenue and Jane Street at around 8:30 p.m. on Tuesday for reports of shots fired nearby.

Upon arrival at the scene, Toronto police said they located a male victim suffering from injuries to his lower body. He was conscious and breathing at the time, according to officers.

Paramedics transported the male from the scene to a hospital to be treated for his injuries.

No information on any possible suspects has been released in connection with this investigation.

Roads have been blocked off in the area as an investigation is conducted.