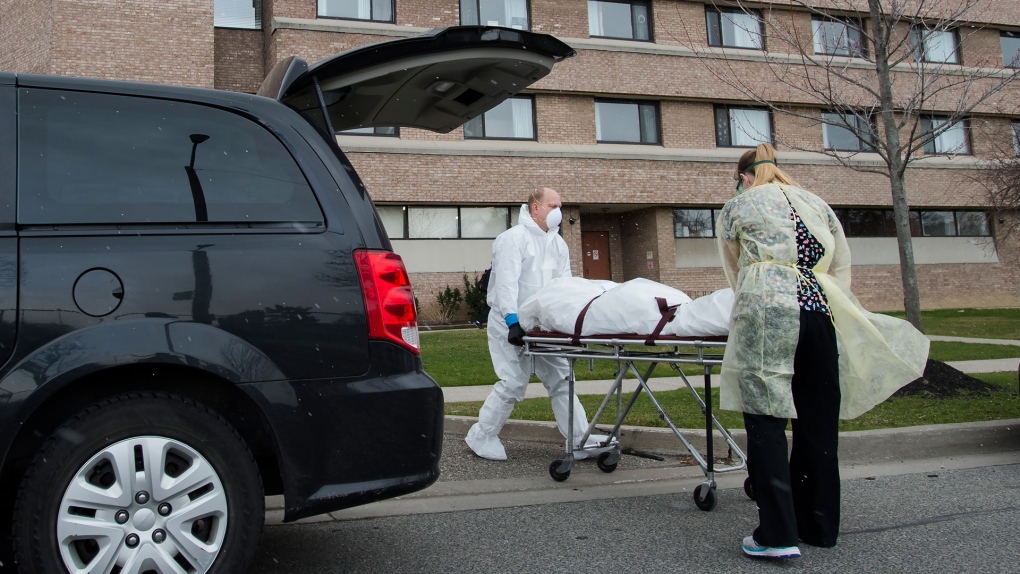 A body is wheeled from the Eatonville Care Centre, where multiple deaths from COVID-19 have occurred, in Toronto on Tuesday, April 14, 2020. THE CANADIAN PRESS/Nathan Denette

TORONTO -- A majority of nurses working in Ontario long-term care homes amid the COVID-19 pandemic are reporting symptoms of post-traumatic stress disorder due to “horrors” witnessed inside the worst-hit homes, according to a new survey.

The Ontario Nurses’ Association (ONA) surveyed 3,300 of its members who worked in long-term care during the first wave of the pandemic. The association called the results staggering, and say the situation has only gotten worse.

“Many of the nurses just said to me, ‘I feel like I’m on a battleground. It’s unrelenting,’” ONA president Vicki McKenna said on Sunday. “It felt like waves and there was no time, there's been no time to grieve and recover from that.’

The survey found that just over 60 per cent of nurses working in long-term care homes with large outbreaks reported they were experiencing symptoms of PTSD.

Some of these nurses witnessed the grim conditions inside these facilities, where staff shortages and lack of personal protective equipment led to horrible suffering.

They reported that some residents in these homes were heard desperately “crying for help with staff not responding.”

The witnesses reported residents were left in their beds with soiled diapers at times and were forcefully fed, leading to “audible choking.”

The report shed light on alleged bug infestations the residents faced, as well as the issue that many staff were not able to change their PPE for several hours as they moved between rooms.

The survey by the ONA found that homes with no outbreaks reportedly had a better supply of personal protective equipment and were less restrictive with its use. It stated that the data shows that these homes also had better staffing levels and acted swiftly to isolate and cohort residents in order to contain the spread.

The data also showed a “stark difference” in the performance of for-profit homes verses not-for-profit homes with the latter out-preforming in all aspects, including better staffing, leadership and access to PPE.

The survey asks the nurses if their management at the long-term care homes told them to wear the same mask with healthy and sick patients. About 24 per cent of nurses in not-for-profit homes and 42 per cent in for-profit homes said they were directed to do so.

“It is well documented that the not-for-profit sector experienced significantly fewer outbreaks, cases of COVID-19, and resident deaths from COVID-19,” the report provided to CTV News Toronto on Sunday said. 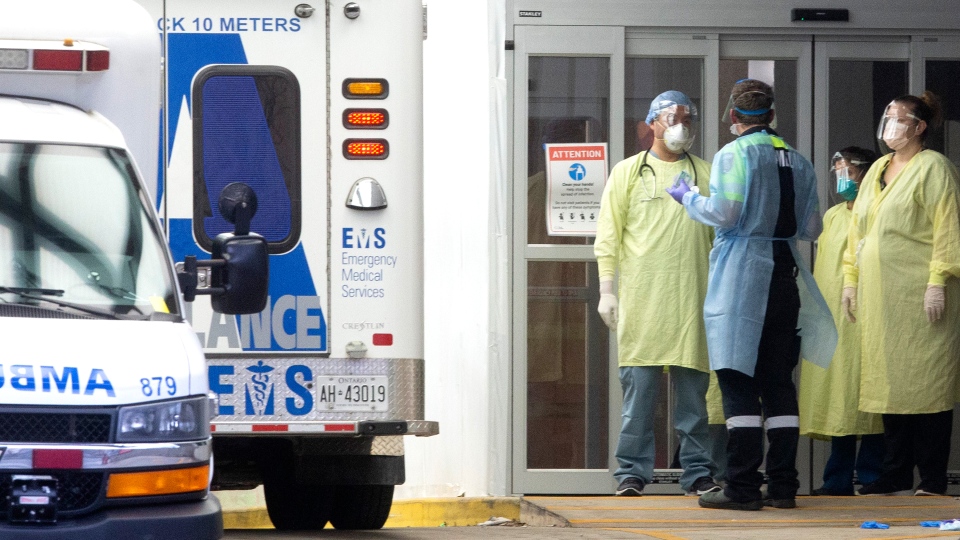 “This same pattern was found in each of the other types of PPE as well, with more supply issues linked to outbreaks, and particularly outbreaks of more than five residents,” the report said. “Almost 20 per cent of respondents stated that the home expressed that the cost of PPE was an issue.”

The report, which interviewed nurses between September and October, reported that the data shows staffing issues were “a serious and widespread” problem during the pandemic.

“Nearly a third of all respondents indicated that both registered nurses and registered practical nurses were short-staffed often, defined in the survey as several times a week,” the report said.

“Reports of short-staffing and usage of agency nurses was more pronounced in long-term care homes that had COVID-19 outbreaks, and especially uncontained outbreaks of more than five residents.”

Many of the nurses surveyed reported that the pandemic took a toll on their health and finances, and nearly a third of them indicated they felt inadequately protected. 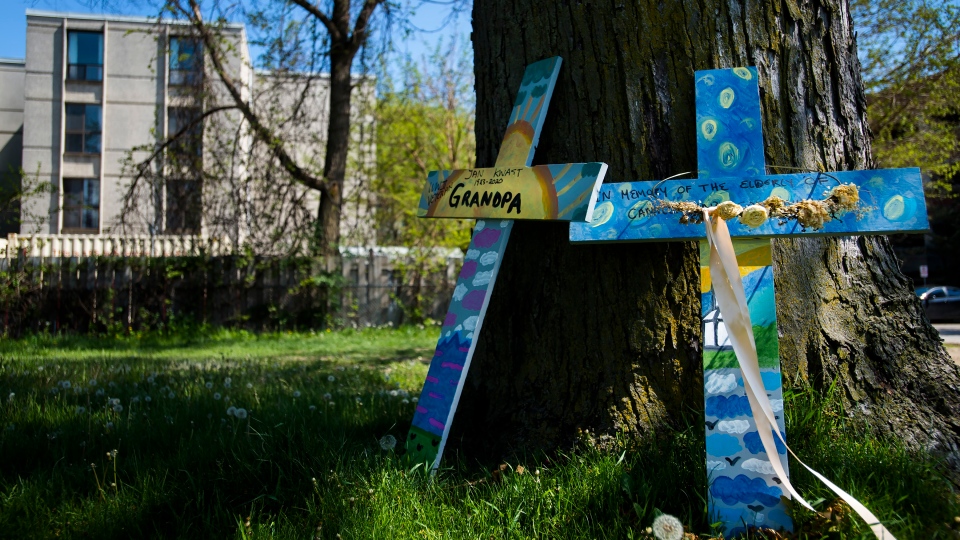 The data showed that 43 per cent said they received no training on how to care for someone with COVID-19 despite the importance of the training to prevent deaths and virus spread.

“Feelings of inadequate protection were especially reported in homes that had outbreaks, and even more so in the sub-group of homes where outbreaks involved more than five residents,” the report stated.

In addition, the survey found that racialized staff in these homes faced the brunt of the issues. The report said that survey respondents, who identified as racialized, are more likely to work for the for-profit sector and work multiple jobs.

“They are over-represented in the homes that experienced outbreaks, and they were more likely to contract COVID-19 themselves,” the report stated.

McKenna said the government needs to do everything in its power to hold the management of these homes to account in order to better the circumstances for residents.

“We have to support long-term care in a way that is meaningful, and will make a difference for the people that are living there.”