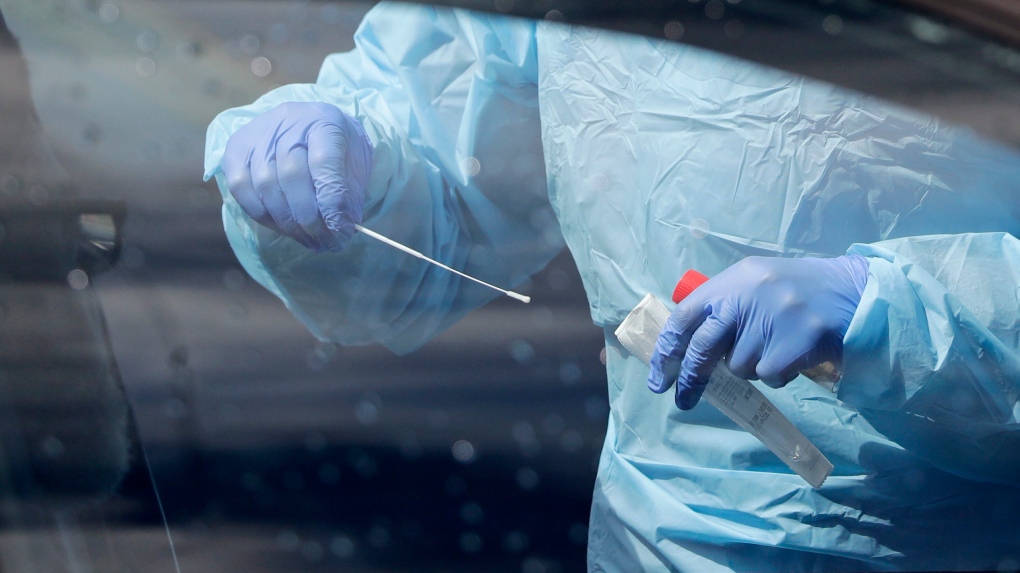 A group of researchers at the University of Toronto is rapidly trying to educate health-care workers about the barriers in accessing care for LGBTQ people in the context of COVID-19. (THE CANADIAN PRESS/AP-Elaine Thompson)

This marks the lowest number of new cases reported by the province since March 31.

New case numbers in Ontario have been generally trending downwards in recent days, with less than 400 cases reported daily in the last week. The only exception was the 477 new cases reported on Friday.

The number of reported deaths as a result of the novel coronavirus also appears to be on the decline. The province recorded 35 deaths Sunday morning, the lowest since April 26.

The number of people who have died from COVID-19 since the outbreak began in late January sits at 1,634, most of which are 60 years of age or older.

Of all the deaths recorded in the province, at least 1,235 of the deceased were residents at a long-term care facility.

The ministry of long-term care says that there are 239 confirmed COVID-19 outbreaks at those facilities. As a result, 2,885 residents and 1,521 staff members have tested positive for the virus.

The province also recorded two new deaths in people between the ages of 40 and 59, bringing the death toll for that age group to 70.

There have been no deaths recorded in people 19 years of age or younger, though there are 524 confirmed cases in that age group.

As well, hospitalizations for COVID-19 in Ontario continue to fall.

As of Sunday morning, there are 961 patients in hospital being treated for the virus, down 55 patients since Saturday’s report.

Of those 961 patients, 195 are being treated in an intensive care unit, 140 of which are breathing with the assistance of a ventilator.

Sunday’s update comes as retail stores with a street entrance prepare to reopen their doors tomorrow for curbside pickup and delivery.

On Saturday, Hardware stores reopened after weeks of closure. A day earlier, garden centres and nurseries were given the green light to open for business as well.

Additionally, Ontario Premier Doug Ford announced yesterday that provincial parks and conservation areas will also reopen this week but campgrounds and beaches will continue to be off-limits for now.

The decrease in COVID-19 cases reported on Sunday comes as the province continues to ramp up its testing for the virus.

17,618 tests were completed Saturday, down from the more than 19,000 tests performed on Friday.

Dr. Isaac Bogoch, an infectious disease specialist with the University Health Network, said that the increase in testing is "fantastic."

“Certainly with the growing number of tests we are seeing, this is a much better description of what we are actually seeing in Ontario so it is much better," Bogoch said speaking to CP24 on Sunday morning.

Ontario has conducted 433,994 tests overall with 14,816 tests currently under investigation.

It’s worth noting that the number of tests completed by the province is not representative of the total number of people tested, meaning one person may have been tested more than once.

Quick facts on COVID-19 in Ontaro