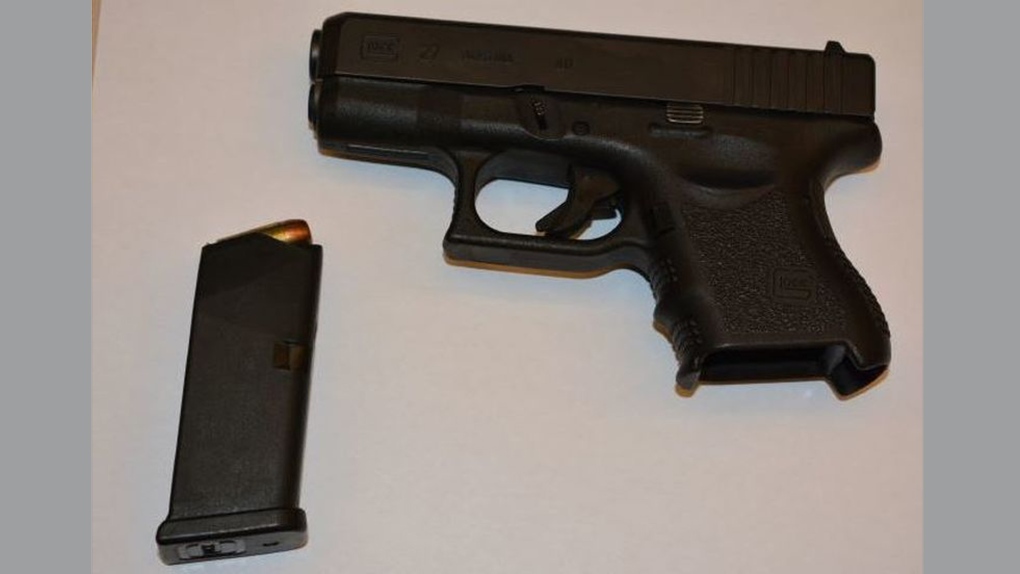 A handgun allegedly seized in a search outside a downtown Toronto nightclub at Bathurst Street and Wellington Street is pictured on April 7, 2018. (Handout /Toronto Police)

A 29-year-old man is facing more than a dozen charges after allegedly being found with a loaded handgun and dozens of baggies of cocaine at a downtown nightclub.

According to Toronto police, the suspect was removed from a nightclub in the Bathurst Street and Wellington Street West area at around 2:20 a.m. after being involved in a dispute.

The suspect left the area after threatening to return with a firearm, police said.

A short time later, officers were called to the scene after the suspect returned brandishing a small black handgun, police said.

Police arrested the man and then conducted a search, which allegedly turned up a loaded Glock model 27 handgun with 8 rounds of .40 cal. ammunition; a bag with an additional 15 rounds of ammunition; and a large bag of cocaine packaged in 158 individual baggies with a total weight of 102.10 grams, including packaging.

No injuries were reported in connection with the incident.

Daniel Kowalewski of Toronto has been charged with uttering threats, assault, obstructing a peace officer and a number of other drug and weapon-related charges.