'Life hacks' for living in Toronto: From cheap beer to TTC tips 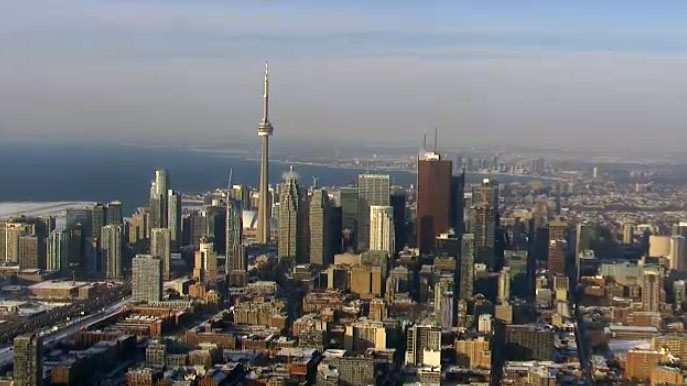 The Toronto skyline is seen from the CTV News chopper on Friday, Feb. 6, 2015.

What's the secret to living in Toronto? One resident turned to the Internet in his search for success in the city.

An Internet user who goes by "walkerlucas" on Reddit asked how others get through the day.

"What are your Toronto lifehacks and protips?" the Redditor asked on the site's Toronto page.

The post, submitted Monday, generated 54 comments by Tuesday morning, ranging from transit tips to advice on where to get cheap beer.

"The secret to finding your subway legs (like sea legs, but on the subway) is to pretend you're surfing," a user called Raccoonguy8 wrote on the page.

"If you are at Finch Station, get your tickets/tokens/daypass @ the gateway newsstand at Bishop/Yonge instead of a long lineup on concourse level on weekends and holidays," user Ehau wrote.

"If you can get past the cluster at the front, the back of the streetcar or bus is usually less crowded," user Dermanus advised.

"Incredibly this works on subways too. Get to a spot halfway between doors. No crowd, your own pole, and you get to stare at yourself or other people's reflections in the glass tunnels," Ellieelaine replied.

To save money, JohnOConn suggested buying 25-packs of beer at the Amsterdam Brewery for less than most 24-packs at The Beer Store.

"Buy cheap produce in Chinatown or Kensington Market, but buy your meat from a reputable butcher," user Ilovedillpickles wrote.

"Buy a cheap bike and an expensive lock. Never miss the cherry blossoms in High Park during the spring."

Do you have a great Toronto tip? Leave it in the comments section below.