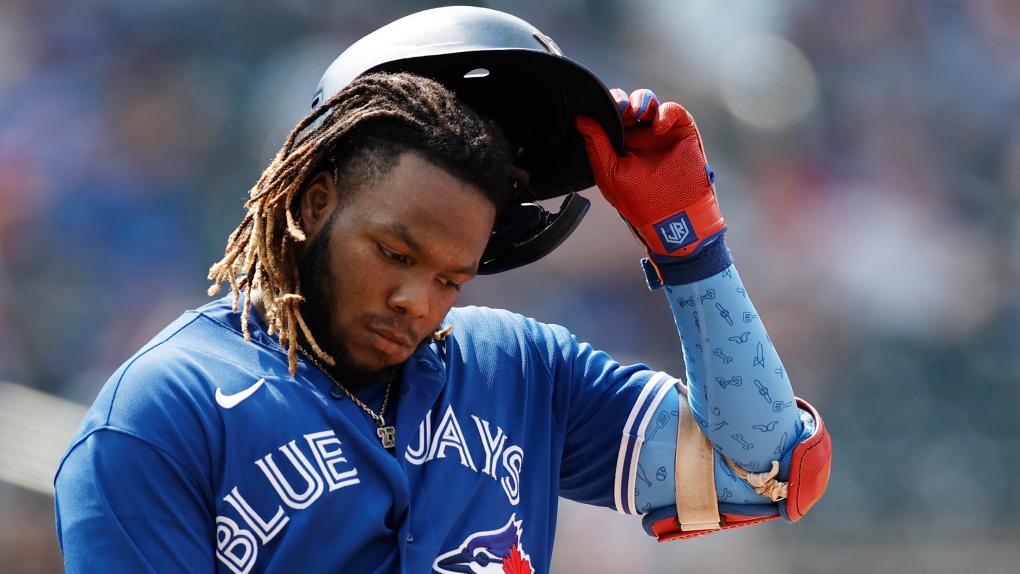 TORONTO -- Landmarks across Canada, including Niagara Falls and the CN Tower, will be lit up in blue and white tonight to mark the return of the Toronto Blue Jays.

The Jays are playing their first home game at the Rogers Centre in nearly two years on Friday night and cities across Canada are celebrating the homecoming.

In Niagara Falls, the team’s colours will adorn a number of popular tourism attractions, including the Canadian Horseshoe Falls and the American Falls.

“The illumination of Niagara Falls in blue [and] white is a breathtaking welcome home for Canada’s beloved Blue Jays and a unique symbol of the united support the team has received from both nations these past two years.”

The Skylon Tower and Fallsview Casino will also be lit up in blue and white on Thursday night.

Blue Jays flags will be raised in Yellowknife, Regina, and Fredericton, and at Fairmont Banff Springs today.

In Toronto, the CN Tower and the Toronto sign at Nathan Phillips Square will be illuminated in the baseball club’s colours and at Rogers Place in Edmonton there will be an LED display in honour of the team.

Due to border restrictions as a result of the COVID-19 pandemic, the Blue Jays played most of their home games at Sahlen Field in Buffalo during the 2020 and 2021 season.

On Thursday, Mayor John Tory thanked the City of Buffalo for hosting the team.

“We are so fortunate to have a supportive nearby U.S. city such as Buffalo that enabled our Jays to continue playing baseball during these difficult times. You and the residents of Buffalo opened your doors, your arms, and your hearts to our Jays and we are grateful for that,” Tory wrote.

“Seeing our Blue Jays playing again when the MLB season returned in 2020 and again this year has helped bring a much-needed sense of normalcy to Toronto fans while we worked to fight COVID-19 and get people vaccinated to bring this pandemic to an end and get on with reopening.”

Tory extended an invitation to Buffalo Mayor Byron Brown to visit Toronto and see a game at the Rogers Centre when border restrictions are eased.

“On behalf of the City of Toronto and its residents, I send my deepest thanks once again to you and your residents for ensuring Buffalo was the best ‘home away from home’ that the Toronto Blue Jays and their fans could ask for, Tory said.

“We have always been friends and this is just one more indication of a very special relationship.”

About 15,000 fans are expected to cheer on the team in Toronto on Friday when the Jays begin their three-game series against the Kansas City Royals.

The Jays said fans attending Friday’s game will receive a special T-shirt and mask upon entry. The team will also host staff from Toronto General Hospital’s intensive care unit to thank them for all they have done over the past 18 months.

Union Station and GO Transit are also preparing for the return of baseball fans to the downtown core.

There will be regularly scheduled 30-minute service along the Lakeshore East and Lakeshore West lines during the weekend games.

“The return of baseball also means a return of ridership,” the transit agency said in a written statement released Thursday.

“Metrolinx will be there to get fans to and from the game.”