Tory, who is seeking a third term, announced his first campaign policy about housing Tuesday morning, ahead of the municipal election in October.

“We also need to include the option to create duplexes, triplexes, as well as the kind of walk-up apartment buildings found in many pre-war neighbourhoods,” Tory said. 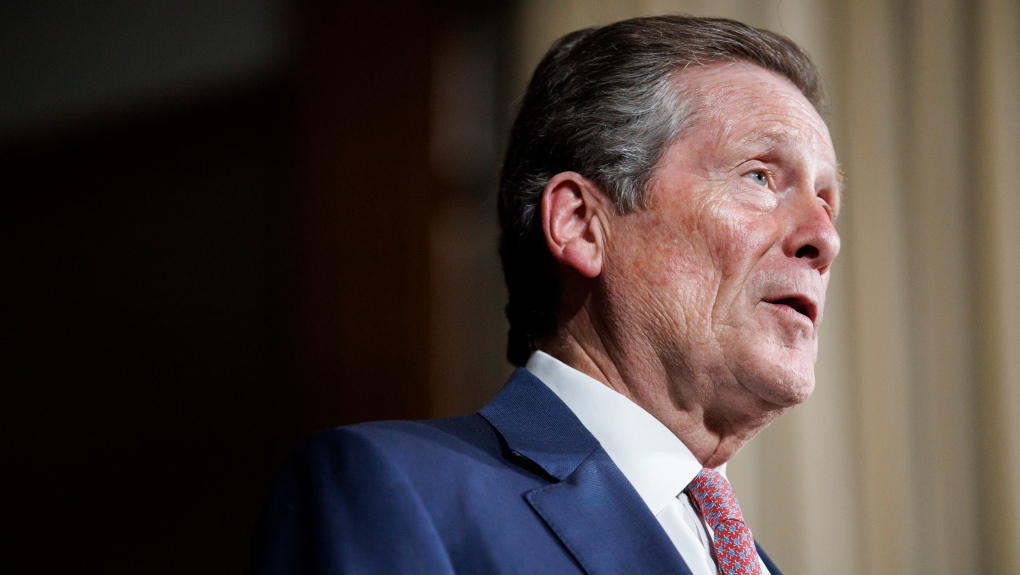 To speed up building approval times, Tory’s proposed Development and Growth Division would act as a “one-stop shop” to handle all aspects of development review and streamline the approval process.

Tory said the division would also prioritize and fast-track the approval of purpose-built rentals.

“This will be a reorganization of existing staff in the spin cycle of housing applications, and thus bouncing back and forth between different divisions of the city government. The Development and Growth Division will allow us to be more nimble in getting projects approved,” Tory said.

To avoid developers from sitting on approved land, Tory said he wants to enact a “use it or lose it” policy that mandates developers to start building on unused land within a certain timeframe or face the consequences of higher taxes and expired zoning approvals.

In an effort to create more co-op, supportive and affordable housing, Tory said he wants to allocate a portion of city-owned land to be developed by non-profit organizations.

“Cooperative housing works and for some reason we back away. We, meaning all of the governments, back away from the use of it in previous years,” Tory said.

A house that sold for more more than the listing price in West-end Toronto, Sunday, April 24, 2022. THE CANADIAN PRESS/Graeme Roy

“If we can allocate the vacant land that we own as a city and encourage the other governments to do the same together with some of the other incentives we’ve been offering through programs like Open Doors and Housing Now…then I believe we will be able to build more supportive and affordable housing,” he added.

Mayoral candidate Sarah Climenhaga, who ran in the 2018 municipal election, commented on Tory's housing plan on Twitter and said "the will to actually remove housing barriers is what I don't see enough of."

"Hearing about housing is fine. What I care far more about than announcements is seeing housing created. It's important to understand where it is, and where and why it's not," Climenhaga tweeted Tuesday.

There are 31 candidates running in Toronto's mayoral race.

Voters are set to head to the polls on Oct. 24.

Hearing about housing is fine. What I care far more about than announcements is seeing housing created. It's important to understand where it is, and where and why it's not. The will to actually remove housing barriers is what I don't see enough of. /1 https://t.co/YLUHeFm7mS