A 23-year-old self-described “Crypto King” from Whitby, Ont. allegedly owes at least $35 million to investors, but only about $2 million of his assets have been recouped, including lavish possessions like two McLarens, two BMWs and a Lamborghini, documents show.

More than 150 investors who handed over a collective $20 million to Aiden Pleterski and his company AP Private Equity Limited, which invests in cryptocurrency and foreign exchange, are now working with fraud recovery lawyer Norman Groot to get their money back.

“It's not clear at this time where those funds have gone, even though obviously a lot of it has to do with his lifestyle,” Groot, founder of Investigation Counsel PC, told CTV National News.

Pleterski owned 11 high-end cars, in addition to leasing several others, rented a waterfront home in Burlington for approximately $45,000 per month and owned five or six watches, valued at between $200,000 and $400,000, according to a bankruptcy trustee's report obtained by CTV National News.

“He was burning a lot of money,” Groot said.

On Aug. 9, the Ontario Superior Court of Justice declared Pleterski and his company bankrupt.

But only $2.2 million worth of assets has been seized, including $32,000 worth of jewellery and personal items, a list of luxury cars, with 2018 Lamborghini Huracan reaching the highest estimated value at $350,000, along with cash and bank drafts worth $606,773.

“The assets available shortly after bankruptcy are certainly much less than what's owed to the investors,” Rob Stelzer, who was appointed as Pleterski’s bankruptcy trustee, told CTV News Toronto.

Pleterski called every week “winning week,” promising investors five to seven per cent on returns, according to documents from a creditors meeting on Aug. 29.

“People bought into it. They thought he was a young Bill Gates,” Groot said.

Though he was young, Pleterski began investing in cryptocurrency back in 2015, with an article in Forbes pre-dating his bankruptcy noting his ability to leverage his knowledge as an avid gamer to understand and thrive in the online trading world.

“A lot of this money was taken in while it was escalating in value, and then when it quickly started to de-escalate in value, people wanted what they thought were their profits…which of course, he couldn’t pay out,” Groot said.

Stelzer said a number of people have alleged Pleterski was operating a Ponzi scheme. “We are investigating that,” he said. 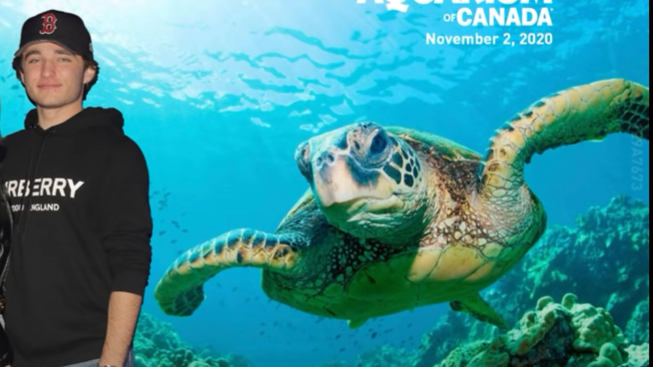 Aiden Pleterski is seen in a photo posted on Youtube.

“We take this very seriously, we know there's a lot of people who are owed a lot of money. Many of these are ordinary people who've invested $25,000, $50,000, $100,000. That's a lot of money for most people. Me and the team here at Grant Thornton will be working very hard to recover as much of that money as we can and maximize what's available to creditors.”

CTV News Toronto has reached out to Pleterski’s lawyer multiple times, but has not received a response.

In a virtual creditor meeting last month, Pleterski claimed he lost all of the money given to him around late 2021 and early 2022 in a series of “margin calls and bad trades,” documents reviewed by CTV News Toronto show.

During the meeting, the bankruptcy trustee asked for evidence of these bad trades in addition to bank statements. “So, far Pleterski has failed to do so,” the document reads.

When Pleterski was asked why he continued to invest money when he knew it could not be repaid to investors, he said “he was a 20 something year old kid.”

In response to questions about his book keeping, Pleterski said he was “very unorganized” and did not have “any accounting advice.”

“Everything travelled through word of mouth and happened very quickly. He did not keep track of his finances, nor did he keep a record of his indebtedness or payments. Pleterski claimed that he and the creditors signed contracts via text message,” according to meeting minutes summarizing Pleterski’s responses on Aug. 29.

In order to trace how much money was handed to Pleterski and find out where it went, Stelzer said his team is reaching out to financial institutions and locating bank statements.

“The Trustee also acknowledged that there are allegations that statements provided by Pleterski had been forged, which is why the Trustee requested statements directly from the financial institutions as well,” the meeting minutes state.

Of the more than 150 creditors Groot said he spoke to, he said he hasn’t seen anyone with actual trading documentation. The investors have records of transferring money, but the question is what happened to it after that, Groot said.

“You shouldn't invest in what you don't understand,” he said. “Anytime you're putting serious money at risk you should have somebody perform some sort of due diligence, or at least bounce it off an independent trusted person to get a second opinion to make sure that you’re not making a move that you’ll later regret.”