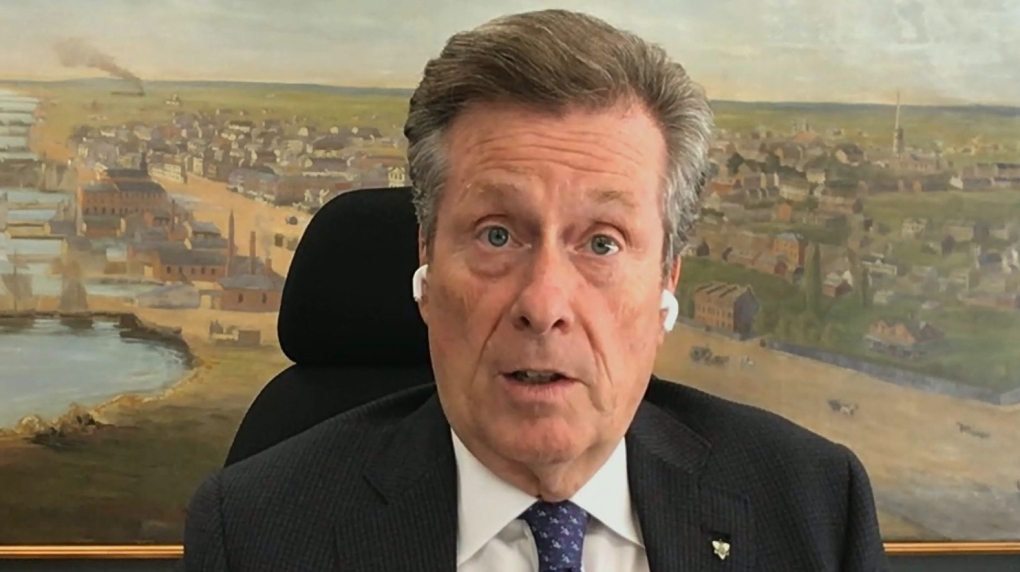 A complaint was filed with Toronto’s Office of the Integrity Commissioner Monday regarding John Tory’s use of robocalls during the October municipal election.

The complaint, filed by Parthi Kandavel, an 8-year Toronto School Board Trustee who ran for council in Ward 20 - Scarborough Southwest, alleges Tory used his power as mayor to influence the results in his ward.

In the robocalls, placed on election day, Tory is said to have referred to himself as “Mayor John Tory” rather than “mayoral candidate John Tory,’ and to have endorsed Incumbent candidate Gary Crawford.

“In brief, Mr. Tory breached sections 7.1 and 8.0 [of the Code of Conduct for Council Members] by improperly using the influence of his office when he referred to himself as “Mayor John Tory” in a robocall in support of the election campaign of Gary Crawford in October 2022,” the complaint reads.

“It is a core principle of the Code of Conduct that members of council, including Mr. Tory, will not use any resources or privileges of any kind available to them by virtue of their office to further private interests,” it says.

Ward 20 would eventually go to Crawford, but the vote was close – Crawford won with approximately 35 per cent of the vote, while Kandavel secured approximately 30 per cent.

Toronto’s Integrity Commissioner, Jonathan Batty, confirmed to CTV News Toronto his office had received the complaint, but underlined he has not decided yet whether to investigate the matter.

“At this point, I have no further information to provide,” Batty said.

When reached for comment Monday, a spokesperson for the mayor’s office said they’ve also received a copy of the complaint.

“The Mayor respects the Integrity Commissioner and his process, and in consideration of this, we will not be making further comment at this time,” Don Peat said.

Ultimately, Kandavel says the complaint is “not about the outcome of the election, but rather about the spirit of Toronto’s local democracy and the integrity of our public officials.”

Tory is currently under investigation over a separate complaint initially filed by civic activist Adam Chaleff in July, who asked Commissioner Batty to look into Tory’s relationship with Rogers after an alleged conflict of interest during a June vote on the ActiveTO program. The results of that investigation, paused for the duration of the municipal eletion, are pending.