'I was pretty broken': Man shares journey of learning to walk again after serious car crash

“I was training for my third half marathon at the time,” J.D. Penner recalled. “Well, all of a sudden now my goal is just to be able to walk again.”

Penner, who was once an avid cyclist and runner, was seriously injured in an Etobicoke crash more than five years ago. He was left with nerve damage, a concussion and fractures all over his body, including the tibia and fibula, clavical, stemum, ribs, vertebra and right hand.

“I basically was pretty broken when I arrived at the hospital,” he told CTV News Toronto. “They took six hours in emergency surgery to put my right leg back together.” 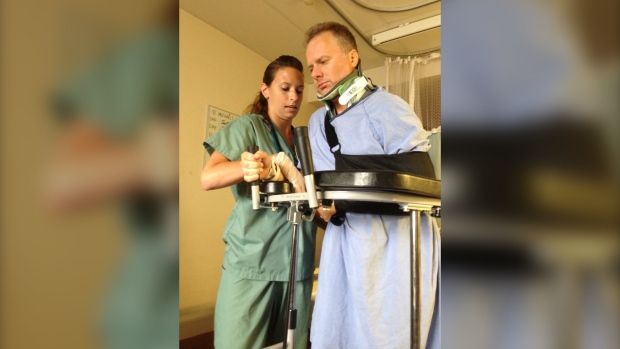 From there, Penner arrived at Providence Healthcare for between seven and eight weeks of rehabilitation, including learning how to walk again.

“He came to us, he was in a lot of pain but very motivated,” Jeff Kestenberg, a physiotherapist at Providence, said. “Very early on, he was hopping with us in therapy, we were using crutches, progressing to a two-wheeled walker, and then eventually by the time he left here he was able to do stairs on his own.”

The physical recovery was one part of the process.

“For people who have been in a car accident or something happens suddenly to them, there’s a huge emotional recovery too,” Dr. Ashley Verduyn, chief and director of medical affairs at Providence, said.

Penner said he went through a wide-range of emotions during his recovery process. 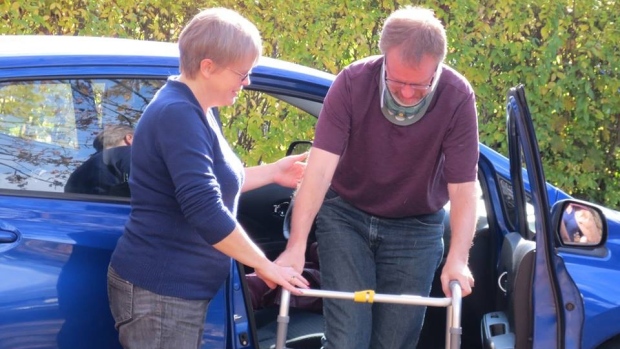 “Initially you feel very angry,” he said. “There’s a lot of anger initially because this wasn’t something you chose to do, right? There were some moments that I thought … I’m not sure that I’m going to be the same person that I was again. So that takes a toll on you.”

The incident also took a toll on Penner’s wife, Heather, who was also in the crash, along with one of their sons. Their injuries were less severe, but Penner said it was tough for his children to see their dad struggle. 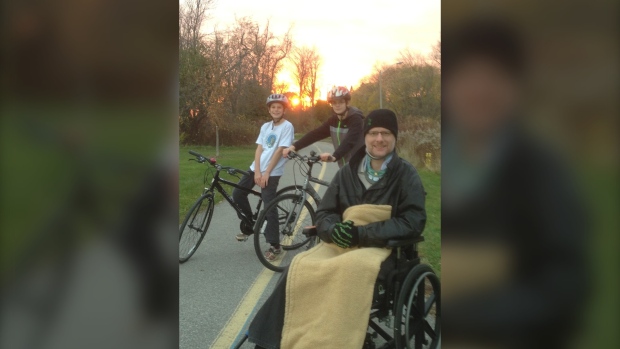 Penner’s condition has improved over the years. He can walk again, but admits that the recovery isn’t done yet.

“I still have pain from time to time in particularly my right leg, and I still get migraines,” Penner said. “I mean I’m pleased how far I’ve come, absolutely. Could things be better? Yes. Everyone has their own journey when they go through something like this.”

Penner said he has a lot of love for Providence, and while he doesn’t consider himself to be particularly inspirational, he hopes that his journey might resonate with someone going through something similar.

“If I can help show that recovery is possible, that you can try and find the good in something that’s really awful, then most people should try to live their lives that way if they can. I think the world would be a better place if we tried to do that.” 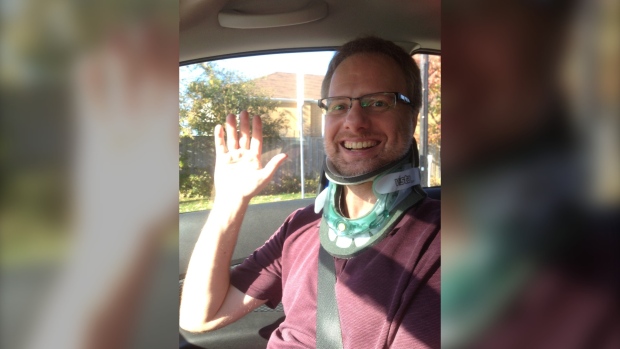