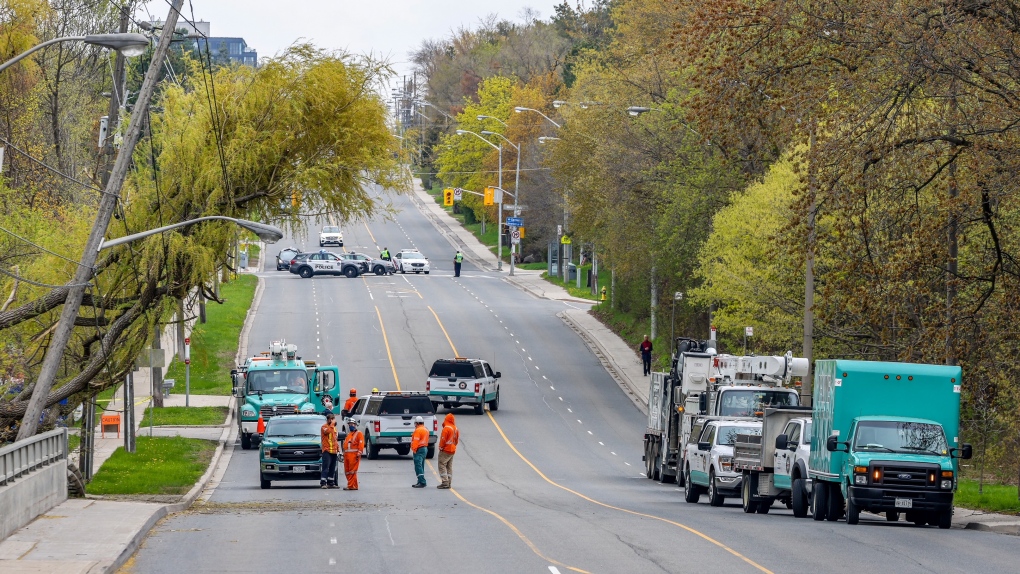 Crews respond to a power outage in North York on May 3, 2021. (Tom Podolec/CTV News Toronto)

TORONTO -- Hundreds of North York residents may be without power until Monday evening as crews work to repair a hydro pole that was knocked over by a falling tree.

Toronto police say that a large tree fell on a hydro pole near Steeles and Bayview avenues Monday morning, knocking down live wires. Multiple traffic lights in the area were shut off as a result.

According to Toronto Hydro, about 500 to 1,000 customers in the area are now without power.

Officials say the damage is “extensive and involves complicated repairs.” 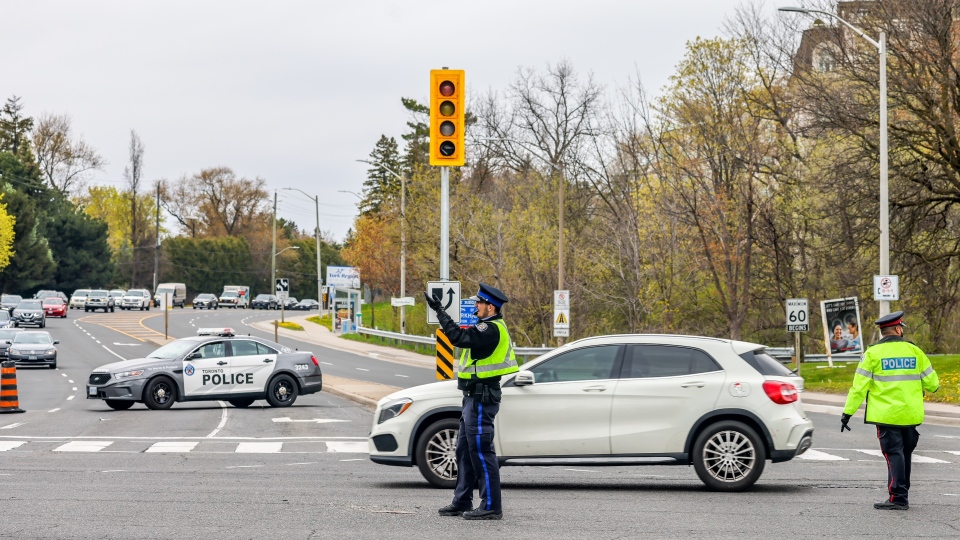 Toronto Hydro also encouraged residents on social media to be prepared to be without power into Monday evening.

“We understand it's a difficult time to be without power and greatly appreciate your patience today,” they said on Twitter.

Police warn commuters to expect delays in the area as officers assist with traffic control.