Tens of thousands of people relying on Ontario’s small claims court to settle disputes have been largely out of luck for over a year, as the court has suspended much of its operations despite other courts and tribunals operating remotely.

Observers wonder if having a diminished Small Claims Court -- which handles cases dealing with sums less than $35,000, nearly half of all civil claims in Ontario -- might empower people who might want to avoid accountability.

The court says it's making progress working through a sizeable backlog, and has scheduled a few thousand hearings, even though its published decisions since the pandemic began remain in the single digits.

Published court orders say the court, which is often used by average people without lawyers, has suspended its operations except for emergencies and certain other hearings.

Many other tribunals and courts, from the Ontario Court of Justice to the Landlord and Tenant Board, have been operating through digital services like Zoom or at a reduced capacity.

“It’s just bizarre to me that the Landlord and Tenant Board can kick people out of their apartments, but people can’t get their case heard if someone has ripped them off,” Lawford said.

In one case, Seth Hardy paid $6,000 to a crew to build a new garage and a workshop in Havelock, Ont. But he claimed in court documents that it was so badly built, with so many defects, he wonders if he’ll ever get to use it.

“All of the insulation is exposed so that it’s fibreglass, when it rains, that gets wrecked,” he told CTV News Toronto.

He filed a $12,000 lawsuit against the builders in Small Claims Court in Belleville for the fees he paid and the damaged materials. That was in January. 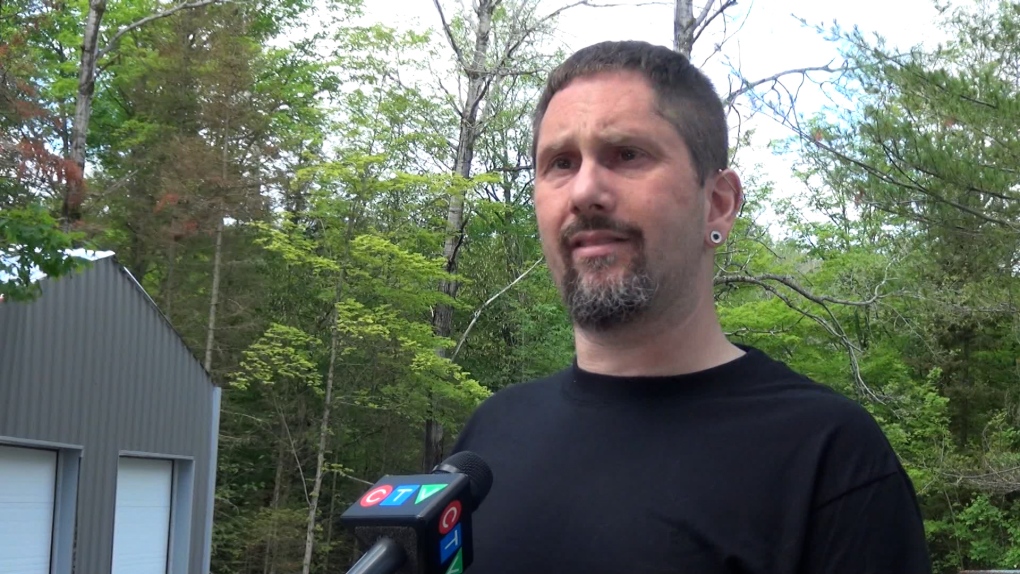 “So far it’s been silence. I know that the pandemic has slowed down a lot of things, but I submitted the paperwork and — nothing,” he said.

He’s not alone. A posted court order says it “suspended until further notice the Small Claims Court’s operations, except for urgent motions and certain other hearings.”

It’s not clear exactly how many cases that applies to, but it appears to be tens of thousands: Statistics provided to CTV News Toronto by Ontario’s Attorney General show between March 13, 2020 and April 30, 2021 the Small Claims Court received 42,740 cases.

The court is seeing lower volume in the pandemic. Even though that’s a slightly longer period, it’s a drop of about 30 per cent compared to what was previously reported in annual reports: in 2018, the court had 59,782 cases and in 2017, it had 59,856.

In a response to questions from CTV News Toronto, the Superior Court said the court is operating and scheduling backlogged hearings, and that over 5,700 Small Claims Court hearings have been scheduled during the pandemic.

The court said from May 2020 to April 2021, a centralized team did Small Claims Court scheduling for the entire province. The court now has a three-phase recovery plan, where in Phase 1, the court is scheduling hearings that were requested electronically to the centralized operation, a spokesperson said.

“Nearly half of the Small Claims Court’s locations have reached Phase 2,” the statement said.

A recent order posted by Superior Court Associate Chief Justice Faye McWatt says that all cases scheduled for a hearing between March 16, 2020 through July 2, 2020 are adjourned to July 5, 2021, or to another date determined by the court. It’s at least the third time the court has adjourned all its cases at once.

That’s a huge volume of cases, and possibly a huge backlog, said lawyer Jonathan Kleiman. He said recently he has seen the court move to some Zoom-based hearings but only for a small number of cases.

“I have people who have been asking me for a year, when’s our settlement conference? I don’t have any more information than I had last March,” he said.

Hardy says he still is hoping for the chance to be made whole. But he wonders if he will ever get his day in court.

“This is supposed to be a system for those that don’t have access to lawyers or who don’t have a lot of money. It’s leaving a lot of people completely stuck, without options, and I’m one of them,” he said.