Emergency crews were called to Stevenson Road South, between Laval Drive and Champlain Avenue, just before 5 a.m. for a report of a collision.

Upon arrival at the scene, investigators determined that a vehicle had struck a female cyclist then fled the scene. 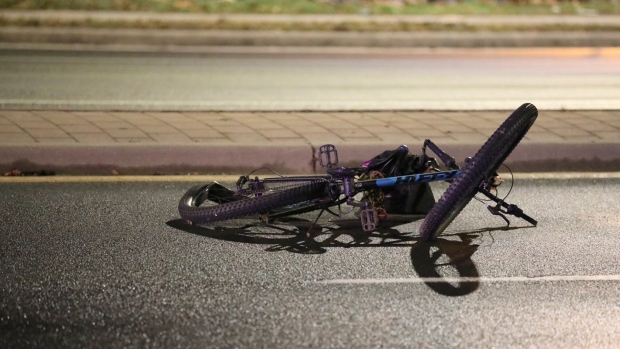 “This is a fail-to-remain investigation and at this time there is no vehicle descriptors,” officers said. “Investigators are at the scene looking at evidence left behind.”

The victim is a woman believed to be in her 30s, police added.

This is a Fail to Remain investigation and at this time there is no vehicle descriptors. Investigators are at the scene looking at evidence left behind. Victim is believed to be a female in her 30's. https://t.co/l75l85NTE4

Durham Regional Police’s traffic services branch has been called to the scene to probe the matter.

Roads remain blocked off in the area.

Stevenson is closed from Gibb to Champlain (north & south bound)
Laval is closed at Stevenson.
Entry can be gained to the shopping complex off Fox Street https://t.co/eleQ9OcdA7