Highest number of declined ballots submitted in Ontario since 1975 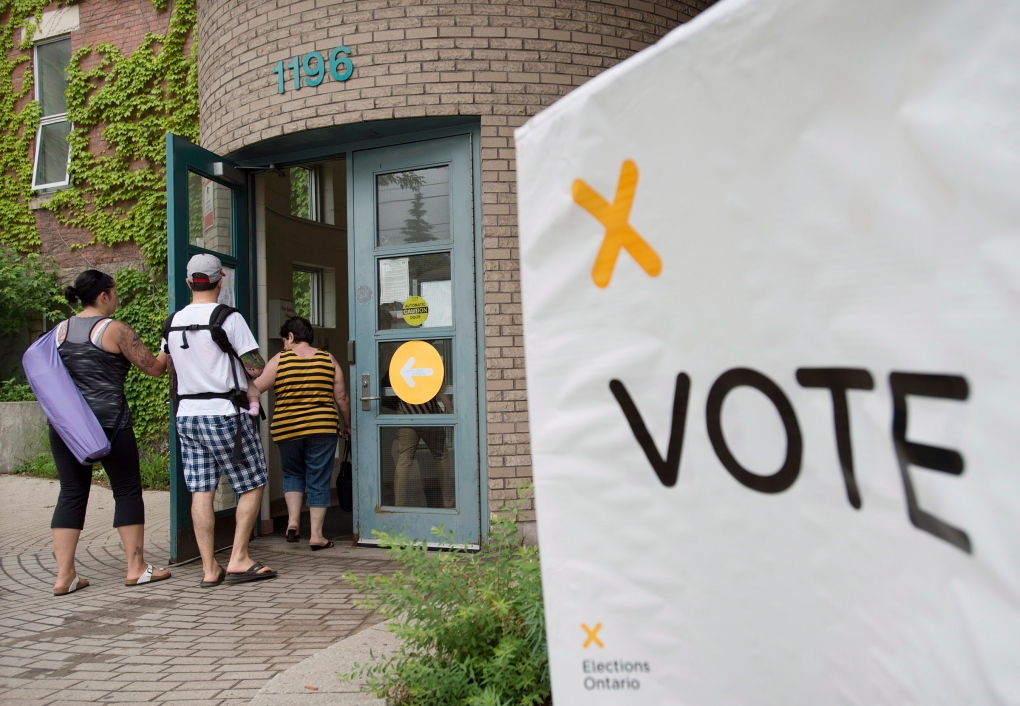 Voters arrive at a polling station in Toronto to cast their vote for the Ontario provincial election on Thursday, June 12, 2014. (The Canadian Press/Darren Calabrese)

TORONTO -- More than 31,000 voters in Ontario dismissed their political choices at the polls and chose to officially forfeit their right to vote in last week's provincial election.

The agency says it also counted 22,687 rejected ballots and 12,059 unmarked ballots from the June 12 election.

Elections Ontario spokesman Andrew Willis says a declined ballot is different from an unmarked one because it involves a voter actively informing an officer at the poll that they are choosing to decline to vote.

The officer will then mark the ballot as a declined one and count it separately from rejected or unmarked ballots.

The spike in declined ballots came after the election campaign saw a push to educate voters about their choices at the ballot box.

A Windsor, Ont., man launched a website and social media campaign to encourage disillusioned voters to decline their ballots rather than not voting at all.

"You have another option -- Decline Your Vote," the website run by Paul Synnott said.

You're sending a message to all political parties that you're not happy with what they have to offer or how they're conducting themselves."

Elections Ontario has said 52.1 per cent of Ontario's 9.2 million eligible voters cast their ballots in the June 12 election, up from 48.1 per cent in the last election in 2011.

The Liberals won a majority in the election, securing 58 seats, while the Progressive Conservatives won 28 seats and the NDP got 21.