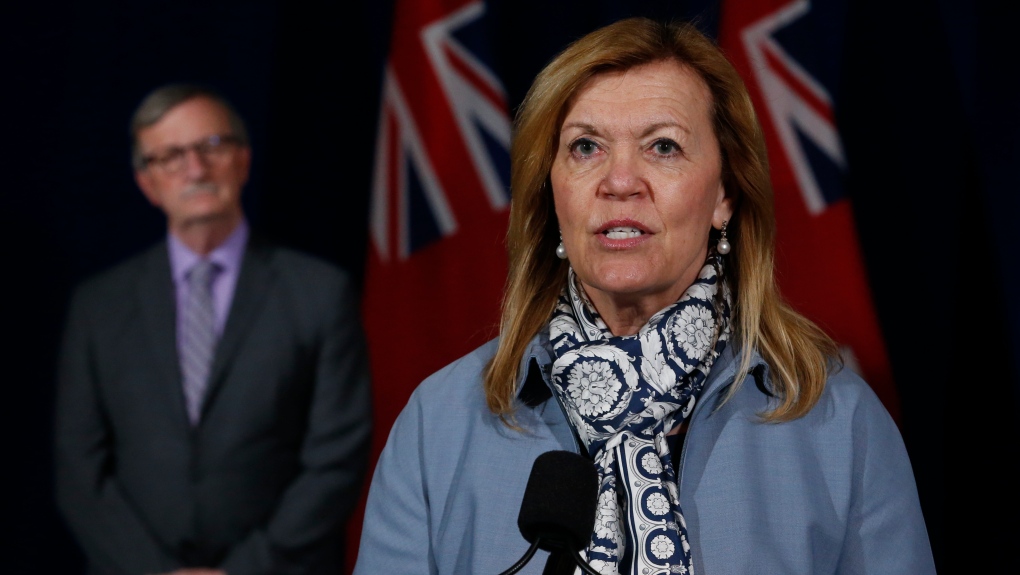 TORONTO -- A day after Ontario’s top doctor said he was hopeful that the entire province would be in the “green zone” of the government’s colour-coded COVID-19 framework by Christmas, the health minister is casting doubt on his holiday wish.

“We are very hopeful that all of Ontario will be in a green situation before the holidays, but I don’t think it’s something that we can count on at this point,” Health Minister Christine Elliott said at a news conference on Tuesday while announcing more funding for Ontario’s mobile crisis services to respond to mental health emergencies.

Dr. David Williams, Ontario’s Chief Medical Officer of Health, made the comments during his bi-weekly COVID-19 response update on Monday while detailing what the weeks ahead might look like as the province grapples with high infection numbers.

“I would like to think everybody would be in green, especially for the time of Christmas,” Williams said at the time, referring to the loosest set of restrictions in the province’s framework.

READ MORE: Ontario's top doctor hopes province will be in the 'green zone' by Christmas. Here's why one physician says that's impossible

The comment was met with sharp criticism, with one prominent Toronto doctor calling the timeline “impossible.”

While Elliott didn’t argue with Williams’ position, she did say he was “being very optimistic.”

At the same news conference, Elliott hinted that new recommendations could be on the way for Ontario as families across the province prepare to celebrate the holiday season under unprecedented circumstances.

The “guidance” is expected to be released in the coming weeks, according to Elliott, who underscored the importance of adhering to public health measures until that time.

“If we want everyone to be in the ‘green zone’ we all have to do our part,” she said.

While details on what those recommendations will look like are unclear, Premier Doug Ford said residents will need to be “extremely cautious” at Christmas, adding that his government would have a clearer picture in the next “couple of weeks. “