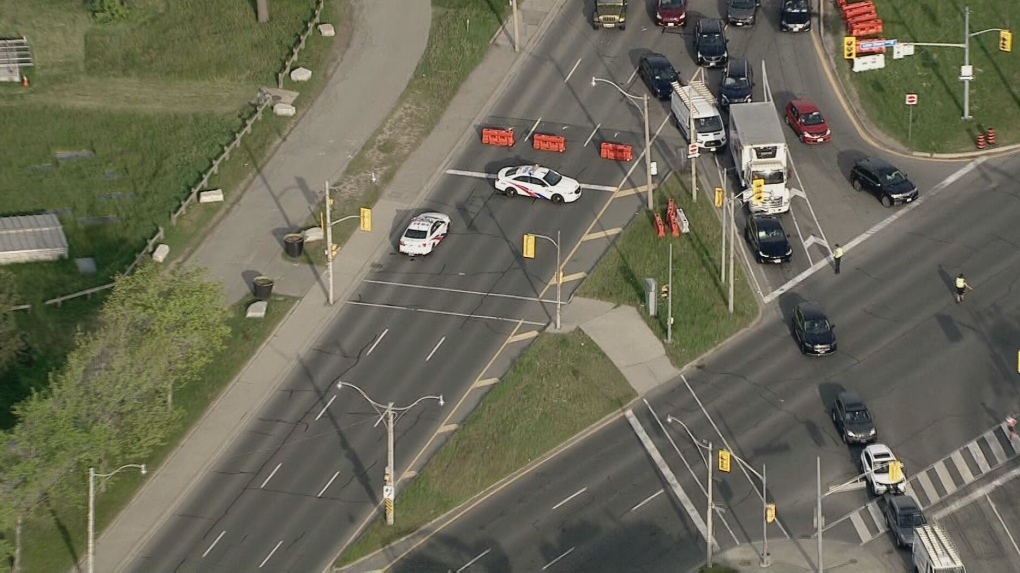 At around 11:10 p.m., police responded to a collision on Lake Shore Boulevard West, near British Columbia Road.

Police say a vehicle was travelling east on Lake Shore Boulevard at a high rate of speed, lost control and collided with a vehicle travelling westbound.

Toronto paramedics said two patients had to be extricated from the vehicles.

Police said both adult male victims were transported to hospital in life-threatening condition.

Lakeshore Boulevard is closed in both directions between British Columbia Road and Ontario Drive.