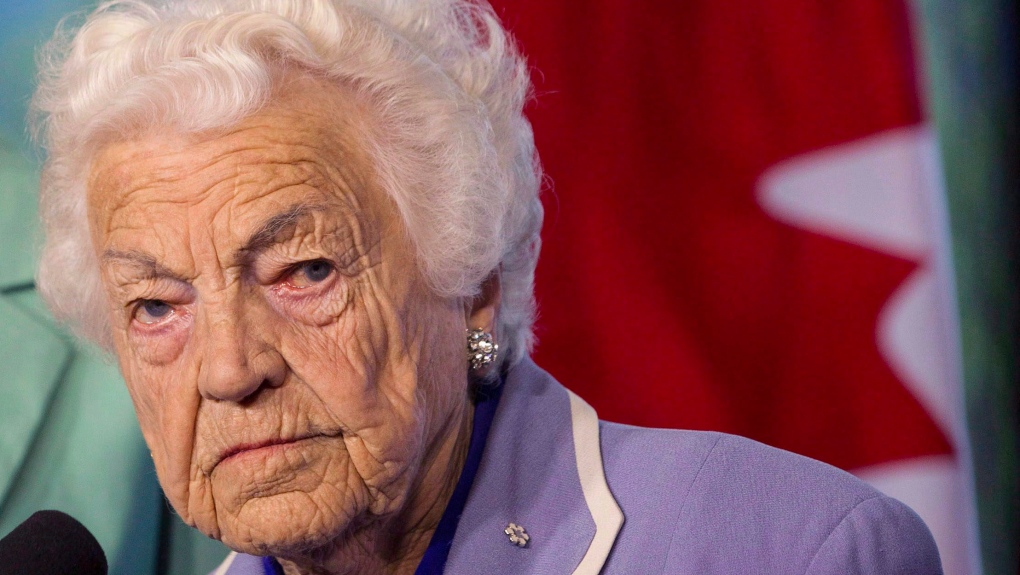 Hazel McCallion is seen in this photo. (The Canadian Press)

Hazel McCallion, one of the longest serving mayors in Canadian history, has accepted a three-year contract extension as a Greater Toronto Airport Authority board member.

Federal Transport Minister Omar Alghabra said in a news release this week the 101-year-old was reappointed to the GTAA board as a director.

She was first appointed to the GTAA board in 2017. The GTAA is the organization that runs Toronto Pearson International Airport.

"I am pleased that Ms. McCallion has accepted to continue to serve the Greater Toronto Airport Authority,” Alghabra said. “She has dedicated more than 40 years of service to her community and continues to play an important role in overseeing and guiding Canada's largest airport."

McCallion served as the mayor of Mississauga, where Toronto Pearson Airport is located, for 36 years.

According to the GTAA, the directors on the board "oversee and guide management in the pursuit of Pearson Airport’s business goals."

Sunday officially marks one month since the world's richest man took the helm at Twitter. The billionaire has seemingly left no stone unturned during his whirlwind first month as "Chief Twit." Here is a look at the range of ways Musk (who is still, simultaneously, CEO of his other companies Tesla and SpaceX) has already left his mark on one of the world's most influential social media platforms.