'Hate will never win in Canada': Syrian restaurant in Toronto set to reopen

TORONTO -- The owners of a popular Syrian restaurant in Toronto that closed after they said its staff received multiple death threats have vowed to not let hate win and said they will reopen on Friday.

Soufi's, a well-known Queen West restaurant operated by a Syrian family who recently immigrated to Canada, announced on Tuesday they would be permanently closed to maintain their safety.

"As a result of numerous hate messages & death threats we've received over the past week, we've decided to permanently close our shop,” a statement posted on Soufi’s Instagram account said.

On Wednesday morning, CTV News Toronto learned Paramount Fine Foods founder and CEO Mohamad Fakih spoke with a member of the Al-Soufi family and offered to help them reopen.

Speaking together inside the restaurant on Thursday, Fakih and the Al-Soufi family announced the restaurant would reopen on Friday under the management of Paramount Fine Foods. 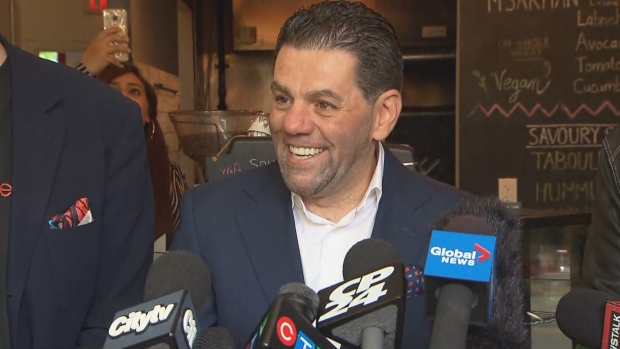 "I'm happy to share with you great news,” Fakih said. "I'm stepping in and the Paramount team will be stepping in to help them maintain this business."

"I don’t think business should be closed. This is a thriving business run by two incredible friends."

"They came here four years ago and created a business we all love. Yesterday, I reached out to the family and I told them I wanted them to feel they are not alone in this."

"We are going to be sending a message that hate will never win in Canada."

Fakih said while Paramount Fine Foods will manage the business, all the profits will go back to the family. The employees who lost their jobs when the restaurant closed will be rehired, Fakih said. 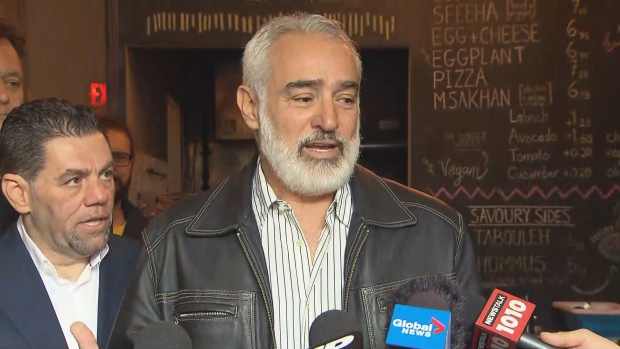 "I really do not want anything from this other than making sure this restaurant is open."

Husam Al-Soufi said the decision earlier this week to close his restaurant "came from a place of fear."

"We hoped the threat to our family and staff would dissolve,” Al-Soufi said. “We just wanted it all to end and live in peace again."

"But the public reaction to the decision was beyond what we could have imagined. We received heartfelt messages from all over Canada."

"We do not wish to be a tragic example for future immigrants and refugee business owners - as the business who gave into hate." 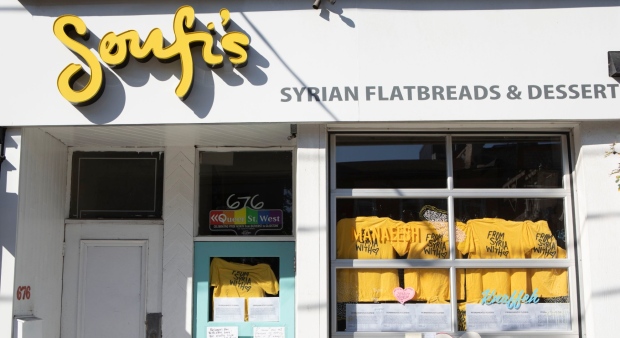 Police said the Al-Soufi family filed an official complaint with authorities and the hate crime unit is now investigating the case.

The death threats against the Al-Soufi’s stemmed from an incident that involved the owners’ son outside of a fundraiser in Hamilton for Maxime Bernier’s People's Party of Canada.

The owners said the restaurant, which offers traditional Syrian street food, was the first of its kind in Toronto when it opened in 2017 and the restaurant attracted a considerable amount of buzz from foodies at home and abroad.