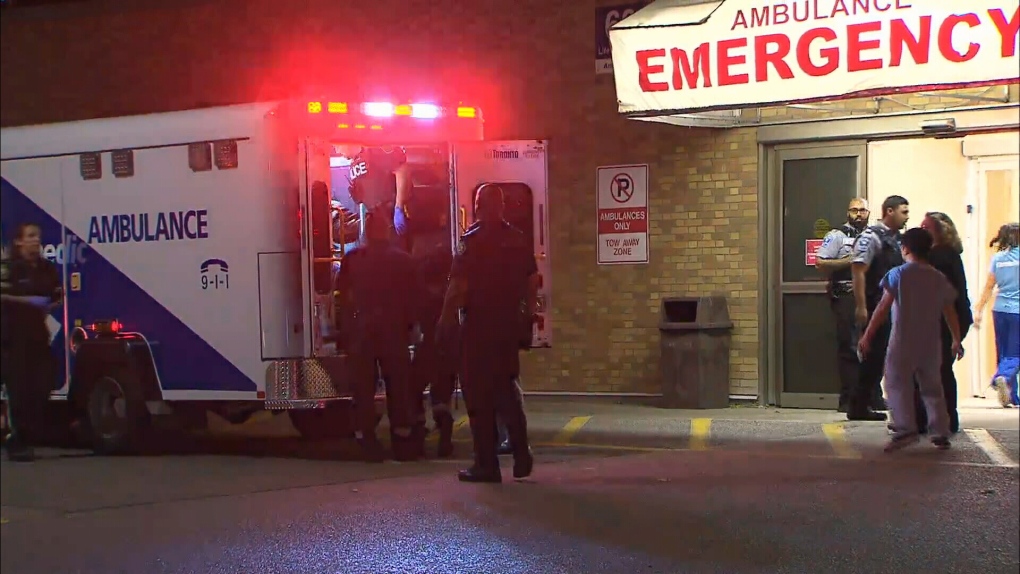 Investigators say they are searching for a fourth suspect in connection with the fatal shooting of a 49-year-old man at a plaza in Vaughan last week.

The incident occurred near Steeles Avenue and Weston Road around 8 p.m. on Friday. York Regional Police said that when officers arrived at the scene, they found a male victim in a parking lot at the rear of the plaza, outside a club. He was suffering from life-threatening injuries and was rushed to the hospital for treatment.

The victim, who has been identified by police as Tottenham resident Behget Toma Eyup, later died from his injuries.

Three teenagers were taken into custody on Saturday in connection with the incident.

A suspect police identified as 18-year-old Shaqwan Reid of Toronto has been charged with second-degree murder.

A 15-year-old boy and a 16-year-old boy have also been charged with second-degree murder. They cannot be identified under the Youth Criminal Justice Act.

In a news release issued Monday, investigators said they believed there was another person involved in the shooting.

No description of the suspect has been released, but police are “urging this person to seek legal counsel and turn himself in immediately.” In the news release, police also issued a reminder to the public that anyone who assists the suspect in evading police is subject to criminal charges.

Anyone with information is being asked to contact the Homicide Unit at 1-866-876-5423 ext. 7865 or reach out to Crime Stoppers anonymously.