A 61-year-old man is fighting for life after a targeted shooting in North York after another night of gun violence in the GTA, police say.

Emergency crews were called to a parking lot in the area of Weston Road and Highway 401 around 11 p.m.

The victim was taken to hospital with life threatening injuries, police say. '

CTV News Toronto has learned that a gun was found in a bag just off Weston Road, by the ramp to the highway. It is not known if the firearm is connected to the shooting.

The plaza, which witnesses say was very busy at the time of the shooting, was blocked off by police but has since reopened.

Shooting update:
Weston Rd/ Hwy 401
- units are OS
- 1 male victim located with serious injuries
- he is being taken to hospital
- units are continuing to investigate#GO1581531^adc

Police say they are looking for a black male in his early 20s, who at the time of the shooting was wearing glasses, had short hair and the word "Versace" written on the front of his shirt.

The suspect is believed to have fled northbound from the plaza on foot, police say. 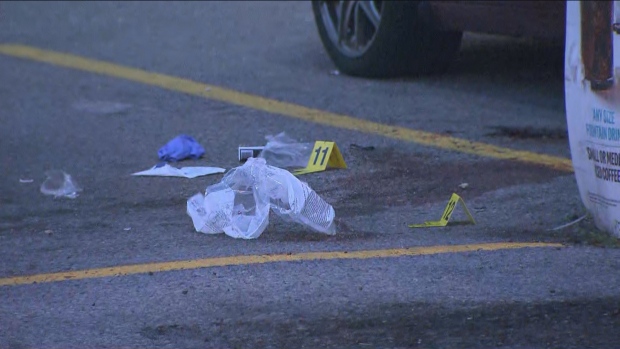 Evidence markers were placed in the plaza in North York. (CTV News Toronto)

Meanwhile, police are investigating a seperate shooting incident in the Kipling Avenue and Mount Olive Road area around 10.45 p.m. yesterday.

Two men, believed to be the victims of the shooting, made their own way to hospital, police say.

The injuries are believed to be non-life-threatening.

No suspect information was available but police say a group of men were seen fleeing the area.

In Brampton, another man was taken to hospital following an overnight shooting. 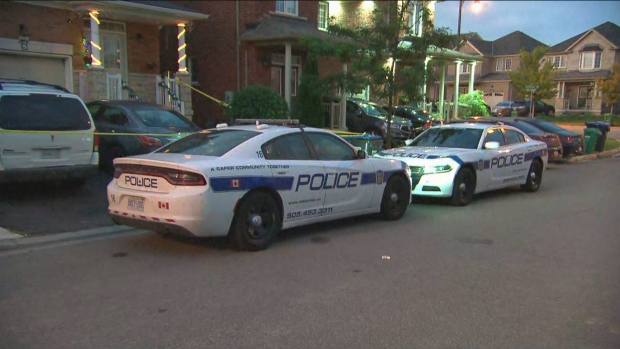 Police investigate after a shooting in Brampton. (CTV News Toronto)

Police were called to Matthew Harrison Street after shots rang out just after 1 a.m.

A man has been taken a trauma centre with what are believed to be non-life threatening injuries.