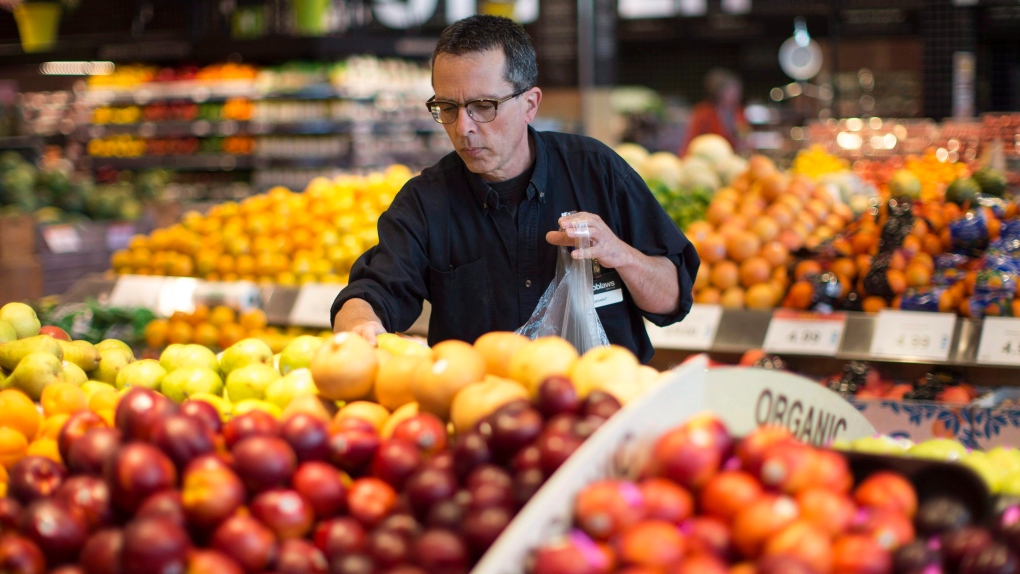 Grant Bone, Department Manager for Loblaws 'Click and Collect' gathers a customer's order at one of the grocery chain's outlets in Toronto on Thursday, June 16, 2016. (The Canadian Press/Chris Young)

TORONTO -- Premier Doug Ford's government has shot down a policy proposal that would have cut down the number of statutory holidays available to retail employees from nine to three.

Unifor President Jerry Dias said he received a call from Ford and his Labour Minister Monte McNaughton, who "confirmed the plan would not go ahead."

Unifor said the plan being considered by the Ford government would have eliminated all but three statutory holidays for retail workers -- Christmas, Good Friday and Canada Day.

“Coming just days after their pay was cut by major grocers, the possibility that they would lose their statutory holidays just added insult to injury," Dias said in a statement.

"We are pleased that the Ford government has changed its mind on this issue."

The Ministry of Government and Consumer Services confirmed in a statement that the plan has been axed.

"To be clear, this is not a change we are moving forward with," said Nicko Vavassis, a spokesperson for the ministry.

Vavassis said as part of the COVID-19 recovery plan the government began "actively engaging with stakeholders on a number of option and initiatives."

The goal was to support small business while at the same time giving retail employees "opportunities to recoup lost wages."

However, Liberal Leader Steven Del Duca says the government was "caught red-handed" and called it a "reckless plan to rip statutory holidays away from essential worker."

"Behind closed doors he tells his pals one thing, but in public we get a different story," Del Duca said in a statement.

NDP Leader Andrea Horwath said that the government is "piling on the pain" for those workers affected by the pandemic.

"Doug Ford should stop attacking frontline workers who make sure we had food on the table, and who put their own health at risk.”